The Mysterious World of Fungi 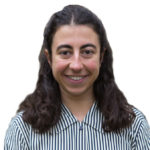 This article follows a presentation to the Royal Society of Victoria on 10 October 2019, by mycologist Dr Sapphire McMullan-Fisher titled “What are Fungi Doing for our Bushlands?”

We’ve all eaten mushrooms, read harrowing tales of poisonous fungi or seen toadstools growing in parklands, but how much do we really know about fungi? Dr Sapphire McMullan-Fisher is a mycologist (an ecologist specialising in fungi) working to uncover the remarkable secrets of these everyday organisms. The kingdom of fungi is an important, though often underappreciated, family of organisms which include yeasts, rusts, moulds, smuts, mildews, stinkhorns and mushrooms. Of the vast range of living things on the Earth, fungi make up an impressive 9% of all biodiversity. The immensity of the mighty fungi kingdom and the diversity of fungal organisms and functions means we can’t fit everything into this brief exploration. However, Sapphire gave us some comprehensive insights to the mysterious world of fungi to share.

We think of fungi as the toadstools and mushrooms that pop up out of the ground. However, hidden to our eyes is a vast web of elongated fungi “strings” called mycelium, spreading on and throughout the soil, giving these organisms interesting and unfamiliar properties. Animal bodies cannot pass through each other or occupy the same space;  however, fungal bodies are dispersed, and their web-like mycelium can intertwine. This means different fungi species can occupy the same space, just like different coloured spaghetti in a pot. The network of mycelium, affectionately known as the Wood Wide Web, links plants via their root systems, mediating the exchange of resources between plants and fungi. Plants share sugars with fungi and in turn, the fungi assist plants in collecting water and nutrients, while provide a means for relaying chemical signals, such as warnings about predators.

As well as assisting plants to survive and prosper, fungi can assist in cleansing our environment. For example, 70% more carbon can be stored in the soil when trees are planted together with their fungal partners. Together, plants and their fungi are healthier and more resilient. Furthermore, fungi are useful in decontaminating land after mining or nuclear disasters. Fungi absorb and concentrate minerals and heavy metals which means they can be used to amass heavy metals from an affected area so they can easily be collected.

As mentioned above, fungi organisms include moulds and yeasts, so it is thanks to fungi that we have delicious foods such as cheese, bread, chocolate and beer. These foods all undergo a fermentation process where fungi break down complex chemical chains to improve taste and nutrition. Further, fungi assist our bodies to process the meals as part of the microbiota in our gut, competing with our bacteria to break down food and deliver nutrients. In addition to digesting their own food, fungi are key to creating food for many birds and animals. These animals rely on hollows in trees for survival, and these don’t develop spontaneously when a tree reaches a certain age; they are produced by fungi. Helminths (parasitic worms), protozoans (single celled parasites) and pathogenic fungi start hollows by rotting the wood. Invertebrates then digest the wood-rot fungi and make the hollow bigger.

In the last five years, there has been a colossal invertebrate collapse which has restricted the creation of hollows. This is devastating for the animals that depend on hollows as a habitat.  While human-made habitat boxes are made to replace hollows, they are an inadequate substitute, requiring resources to produce and maintain so they don’t fall down or fall apart over decades. Our climate is changing, challenging all ecosystems.  Changes in fire patterns and fire ecology are being observed in Australia and the world and are the subject of an increasing focus of research. In the aftermath of fires, there is a rapid and expansive reproduction of fire-sensitive fungi. These “fungi flushes” help prevent erosion by holding soil together and are important for the reproduction of plants such as eucalypts. Amid dramatic changes to fire patterns, it is imperative for us to research and understand the connections between fungi and fire, especially since some species of fungi require fire periodically in order to survive. Aside from climate change, one of the biggest threats to ecology in Australia is myrtle rust, a pathogen affecting members of the myrtle family, including eucalypts, tea tree, bottlebrush and paper bark. So far Australia has been quite lucky, with only one strain of myrtle rust infecting our bushlands. Other regions have not been so fortunate. South African and Hawaiian forests have suffered from multiple strains of myrtle rust, and Australia needs to take more action. In preparation for a possible outbreak of myrtle rust, a contingency plan for Australia was commissioned and produced in 2009.  Unfortunately, this plan was not activated in 2010 when myrtle rust was discovered here, and subsequent planned interventions are yet to be enacted. We can compare Australia’s inadequate response to that of New Zealand, which looked for the disease, discovered it in 2017 and within six months had a group established and funding allocated to contain the spread of myrtle rust. A further challenge to our Australian bushlands is the massive extinction of small ground dwelling marsupials. Marsupials eat truffle-like fungi and spread the fungal spores through their scats. These fungi are effective in building drought resistance and resilience, which is increasingly important in our drying climate. We need to protect and reintroduce marsupials to help our native fungi to flourish and support their native plant partners.  Currently, the only group taking action to save the fungal partners of plants are orchid growers.

From a management perspective, we need to do more to promote the health of our environment and to fix the things we have broken. Restoration is being pushed as a management strategy for our ecosystems and it often works; however, preventing the destruction of our ecosystems is better than trying to restore them after the damage is done. In many areas, native plants and animals are struggling to endure. For instance, around 30% of acacias and spinifex in the surrounds of Broome are dead. We should strive to implement local solutions that foster the growth of native fungi, their native plant partners and, ultimately, the animals who depend on them. The current gold standard practice for managing ecosystems is known as “adaptive management”. The idea is that management practices are regularly assessed and then refined based on evidence. However, we aren’t currently gathering any evidence, so sadly there is still a lack of data and “adaptive management” is not functioning as intended. Expanding our knowledge base of local Australian fungi and its range of ecological functions, then educating the public about ways to help fungi persist is important to creating a healthier environment and ensuring we don’t mistakenly destroy species vital to the health of the entire ecosystem.

To close the knowledge gap of fungi and equip people with a reliable guide on local fungi, Dr McMullan-Fisher, along with colleague Roz Hart and other supporters, is writing a much-needed handbook on Australian fungi functions, conservation and restoration.  (Find out more at Fungi4Land.)

Moreover, there are some wonderful citizen science initiatives that are building up a store of knowledge of fungi. Fungimap has been collecting records since 1995 showing the biological distribution of fungi organisms. iNaturalist uses an algorithm in partnership with mycology experts to identify fungi species from photos that people submit from the field. You can try sending in your own fungi photos! Yet, there is still a long way to go, and so much more to find out. This is evident if we compare fungi records to bird records. There are 8 million records for birds and 881 known species, whereas fungi have only 100,000 records and there are approximately 3000 known species (and lots more to discover)!

As well as participating in citizen science initiatives, we can help fungi by minimising the use of chemicals in our gardens and farms and watching our soil hygiene. For instance, always ensure your boots and hiking equipment is clean before you enter native parklands. It is imperative for us to encourage diversity in approach; we can’t do the same management everywhere. For instance, spreading mulch over a garden or park may not seem to have any downsides. However, mulch is a low diversity fungi food, much like takeaway food for humans. When mulch is all chopped to the same size, it reduces the variety of fungi organisms that will grow, subsequently limiting the diversity of plants and animals in the environment. In order to foster a balanced and diverse ecosystem, we need to adopt different practices in different regions, and perhaps use different kinds of mulch.  We should also limit mass plantings of the same species in one area. Similar diversity promoting practices could be introduced on a large scale in the agricultural industry to promote better crop growth. The phenomenon of growing multiple crops simultaneously in one region is known as polyculture where, rather than having fields and fields of, say, potatoes next to each other, small patches of different crops are established to foster resilience to pests and disease without recourse to chemical pesticides. This kind of agriculture would better emulate the diversity seen in nature where we have a multitude of plant and animal species in one small area.  We still have a way to go before we fully understand and adopt these kinds of practices.

Our understanding of the fungi realm is as yet limited – there is a whole kingdom to discover and we have only skimmed the surface of understanding the mysterious world of fungi.

Meanwhile, if you would like to support this vital research and conservation work, get along to https://donorbox.org/fungi-for-land and check out their crowd funding campaign.

Our thanks to Sapphire for a wonderful presentation! Livestream video of her talk is available below: