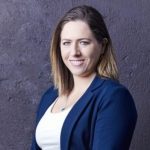 An iconic species of the Australian Alps, the mountain pygmy possum (Burramys parvus) is found in a unique and fragile habitat that is highly sensitive to environmental change. Habitat conservation and genetic rescue-based conservation efforts have allowed some populations to rebound, but the possum is facing new threats, and the species remains Critically Endangered on the IUCN Red List of Threatened Species. The Bogong moth, a key food source in the mountain pygmy possum diet, has declined in recent years. Efforts to understand Bogong moth biology are underway.

Anyone who has been to the Australian Alps, whether for winter sports, snowshoeing, hiking, or for summer wildflower appreciation will understand what a unique bioregion it is. The mountain pygmy possum – a product of this environment – is no different. Weighing in at a tiny 35-80 grams and being the only Australian marsupial restricted to alpine and sub-alpine environments, it is a fascinating animal indeed.

The mountain pygmy possum is found in three regions of the Australian Alps: Kosciusko National Park, the Mt Bogong-Mt Higginbotham region, and Mt Buller. The total area of the alps estimated to be occupied by the possum is no more than 6 km2 and populations are generally not found below the winter snowline (1200-1400m in Victoria).

Breeding occurs at snow melt (late September/early October) and weaning of young occurs between late December to late January. Very occasionally a female can have a second litter in late summer, but this is often risky for the female and her offspring. As winter approaches and they begin their hibernation fat reserves are crucially important for survival.

In spring, when female possums awake from hibernation hungry and male possums need energy to run the gauntlet to female territory in order to breed, the possum diet relies heavily on insects. There is one insect in particular that arrives in the alps at this time and forms a large and important part of the possum diet: the migratory Bogong moth (Agrotis infusa). These moths are particularly rich in fat and, therefore, have been considered an important food source for females and their developing young.

Recently, an apparent large decline in numbers of Bogong moth migrating to the alps has raised concerns about how this will impact on mountain pygmy possum numbers. So, the question is where are all the moths? It is a puzzle that cesar researchers Dr Andrew Weeks, Dr Anthony van Rooyen, and Dr Peter Kriesner are currently trying to decipher, funded through the DELWP Icon Species Recovery Program.

Despite the importance of Bogong moths as a key food source for the mountain pygmy possum, very little is known about the ecology and biology of this lepidopteran. A useful piece in the puzzle will be uncovering the link between lowland moth populations and their migratory route to alpine areas. As the moth potentially migrates from multiple regions over a broad area of eastern Australia, understanding Bogong moth migration will be a challenge.

While you may be thinking that the perfect solution could be teeny radio trackers, like the type used on honeybees, there is actually no need to develop moth sized transmitter backpacks to paint a picture of Bogong moth migratory routes. We can do this from the comfort of the laboratory (after collecting moth specimens of course).

Like any species, different populations of Bogong moth are likely to carry unique genetic identifiers that can act as a type of barcode for that specific population. When you buy an item from your local shop, let’s take a pot of yoghurt for instance, the container will have a barcode that allows the product to be traced back to the packhouse, or even the farm from where the milk was sourced. We can use DNA in the same way!

In short, we can identify certain combinations of DNA bases (A, T, G, and C) that act like barcodes and allow identification of distinct moth populations, which is extremely useful for undertaking future investigations. For instance, if we can understand Bogong moth population structure in the alps at the genetic level, future testing of lowland moth populations could identify the source of different alpine populations through matching of those DNA barcodes. But, how does this help the mountain pygmy possum?

If we can identify where Bogong moths are travelling from each season, we can then investigate why moth numbers have declined in the alps and make informed management decisions based on this knowledge. For instance, the current drought in inland eastern Australia has been implicated as a likely cause of the low moth numbers. Fortunately, moth collections have already begun, with Dr Peter Kriesner having recently returned from the first trapping field trip in the alps, and we will soon begin a genetic analysis that will investigate Bogong moth population structure.

Mountain pygmy possum population health is a precarious thing, as the species exists in a fragile and contracting habitat, and populations remain very small. Slight environmental changes could tip the balance towards irreversible decline. In a country infamous for an extremely high rate of mammal species extinctions, solving the puzzle of the Bogong moth may be crucial in maintaining the health of this iconic marsupial species.

Want to get involved in solving the Bogong moth population puzzle? You can help scientists track 4 billion Bogong moths with your smartphone, and help save mountain pygmy possums from extinction, using Moth Tracker, an app developed by Zoos Victoria in partnership with Federation University and Victorian conservation network SWIFFT.