Women of the RSV

While universal engagement with new knowledge has always been an aim and feature of the Society, participation in the study and profession of science has historically been dominated by men. While there has never been a constitutional barrier to membership of the Society, women were first admitted to the University of Melbourne’s degrees in 1881 and, since the pioneering efforts of those early graduates, the proportion of women participating in the practice and promotion of science has grown; at first, very slowly.

As of 2014, 48.6% of students studying in fields of science, technology, engineering, mathematics and medicine (STEMM) are identified as women, while women in the STEMM research and academic workforce comprise 43%. In senior academic roles, women comprise just 20.6% of leadership in STEMM. (Higher Education Research Data, 2014) The Royal Society of Victoria is a vigorous supporter of initiatives that recognise and retain the important contribution of women to scientific fields; likewise, we seek to grow our membership base through a more pervasive and visible inclusion of women in the life of our organisation. Meanwhile, this page looks back on and celebrates our first female member, author and President. 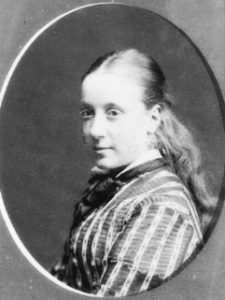 Helen Neild was one of the University of Melbourne’s early female graduates in the field of zoology, which was first taught by foundation Professor Sir Frederick McCoy (RSV President in 1864) within the Bachelor of Arts – a Bachelor of Science had not yet been established.

“Nellie” was a young society woman, the daughter of Susannah Long and Dr James E. Neild M.D., a prominent surgeon and patron of the Arts in the new colony of Victoria. Dr Neild acted as the Royal Society of Victoria’s honorary librarian from 1860 to 1890, and is substantively responsible for building up our remarkable collection of international science journals from the 19th century.

Helen signed in to the Society’s register of members as a full member on 10th October, 1889. She was only a member of the Society for two years, commensurate with the short-lived “Section G – Literature and Fine Arts” program that she had evidently joined to support, which was subsequently abandoned in 1892 in favour of a general science program. 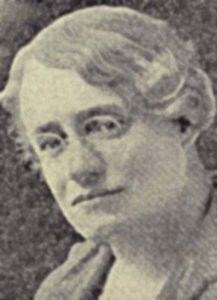 Georgina Sweet was the daughter of Fanny Dudman and gifted amateur geologist and palaeontologist George Sweet, owner of the Brunswick Brick, Tile and Pottery Co., later President of the Royal Society of Victoria in 1905. She attended the Parkville Ladies’ College adjacent to the University of Melbourne, and attained her Bachelor of Science in zoology from the University in 1896, a star pupil of Professor Sir Walter Baldwin Spencer (RSV President in 1904).

That same year, Professor Spencer presented Georgina’s observations on the morphology of the spinal nerves of the “common green frog of Victoria,” then classified as Hyla aurea, now commonly known as the green and golden bell frog or Litoria aurea. Her research paper titled “On the Variations in the Spinal Nerves of Hyla aurea” was published in Vol. IX of the Proceedings of the Royal Society of Victoria in 1896. Georgina joined the Society as a member in 1906, commencing a lifetime of contributions to our organisation and leadership of the science community, particularly championing the work of women in academia through related Australian and international associations. 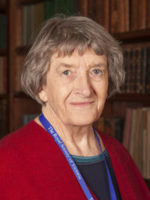 Lynne Selwood completed her PhD at the University of Sydney and accepted postdoctoral appointments in London and closer to home at La Trobe University and then the University of Melbourne, where she was later appointed a Professor of Biology for her leadership as a zoologist and reproductive biologist specialising in marsupials.

Serving on our Council for 13 years, Lynne was elected President from 2010 to 2013 following a turbulent period in the Society’s governance and is widely credited with restoring the rigour of our Rules and procedures. Lynne was appointed a Fellow of the RSV in 2018 and continues to serve as one of the Society’s Trustees, a lifetime appointment by the State of Victoria.