The Universe and Its Dark Materials 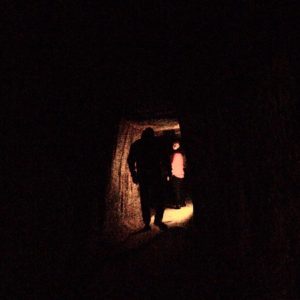 This article follows a presentation to the Royal Society of Victoria on 12 September 2019 titled “Darkness Visible Down Under” by astrophysicist Associate Professor Alan Duffy from Swinburne University.

“Beyond the shoreline exists this whole new world out there…how could you not want to explore it?” – Professor Alan Duffy, Swinburne University.

If you look through the Hubble Space Telescope at a patch of sky the size of your thumb nail, you will find stars, clouds, gas and dust, distributed across 6,000 individual galaxies. The Universe is massive, but the Universe that we see is merely the tip of the iceberg – there is an invisible Dark Universe that outweighs everything we can see five times over.

Growing up in Northern Ireland, Alan Duffy would often press his face to the window to stare out at the stars. He has always been fascinated by the world around him. After reading Stephen Hawking’s A Brief History of Time, he was inspired to channel his curiosity into studying physics. Driven by his desire to want to know more, he undertook a PhD in astrophysics at the University of Manchester. Wanting to explore the unknown, he felt the pull of the Dark Universe. Now as an astrophysicist at Swinburne University of Technology’s Centre for Astrophysics and Supercomputing, he has led a 10-year curiosity-driven research project into uncovering the nature of dark matter and the formation of galaxies, and the acceleration of the Universe caused by dark energy.

Dark energy makes up approximately 68% of the Universe and dark matter makes up another 27%. Despite their dominance in the Universe, we still are not sure of what they actually are. The rest – everything we can observe with all of our instruments – makes up less than 5%. For astrophysicists such as Alan, it seems a nearly impossible task to study something currently undetectable, however we can learn by studying their effects on other things. For example, while we cannot see wind, we can see its effect on the objects that it moves, such as swaying branches. Similarly, dark matter is composed of particles that cannot be seen directly, but we know that it exists because of the effect it has on objects that we can observe.

Like the orbit of planets, spiral galaxies spin slowly over time. The Milky Way, for example, takes 250 million years to complete a full turn. When astronomers examined spiral galaxies in the 1970s, they expected to see material in the centre of the galaxies moving faster than material at the outer edges (as Mercury orbits the sun faster than planets further out in the Solar System).  But inner and outer stars travelled at the same pace. This hinted that there is more mass within the galaxy than meets the eye.

We don’t know much about the vast, invisible clouds of dark matter, but whatever it is, by providing extra mass to galaxies, it generates the extra gravity needed to hold them together. They are rotating at such high speeds that the gravity generated by their observable matter could not possibly be enough to hold them together – they should have torn themselves apart long ago. 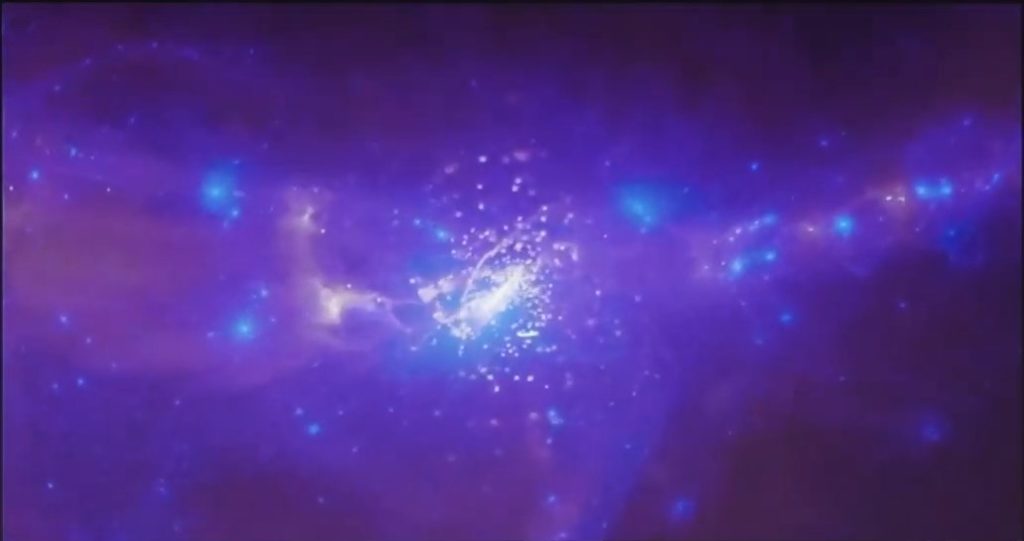 Alan investigates how dark matter helps galaxies form and keeps them intact. He uses supercomputers to simulate this process. But the more we learn about the visible parts of the Universe, the bigger the gap becomes between what we predict about the unknown and what we see. He and other astrophysicists are therefore constantly under pressure to gain a better understanding of dark matter and dark energy. Alan does this by testing his simulations of our galaxy’s formation and dark matter theories and comparing these to observations from telescopes to see if they match up.

Alan and his team are also devising ways of detecting dark matter in the laboratory. He is a Chief Investigator of SABRE, the world’s first dark matter detector in the Southern Hemisphere, based at the bottom of a gold mine at Stawell in Victoria. The team built a sodium iodide crystal (rock salt) detector doped in thallium. When dark matter particles stream through the mine and collide with crystals in the detector, they will produce a flash of light. Dark matter is thought to rarely interact with ‘normal’ matter, and so when they do, the atoms recoil – a reaction that becomes visible.

Thus, Alan Duffy and his team are turning the impossible into something possible. In their endeavour to learn more about our Universe, they explore the unknown and the unobservable. Like the expansion of the Universe, they are accelerating their ability to detect and study the matter that holds our galaxy together and makes up 95% of everything that exists.

Our thanks to A/Prof Alan Duffy for a fantastic exploration of the universe! You can view a high-quality video of his talk below: