This article recaps the Young Scientist Research Prizes competition, which was held online via The Royal Society Facebook Live page on 19 August 2021.

Every year, final year PhD candidates present their doctoral studies to the Royal Society of Victoria, competing for four Prizes that recognise excellence in Victoria’s early career scientists. Eight finalists present under the four categories: Biological Sciences, Biomedical & Health Sciences, Earth Sciences, and Physical Sciences. While the format of delivery was different this year, participants rose to the challenge to deliver engaging and informative videos for National Science Week. A particular congratulations to Mark Vidallon, Kimberley Reid, Lauren Bleakley and Sarah McDonald, the first prize winners of their respective categories.

Sarah McDonald, School of BioSciences, the University of Melbourne

During and after the rain, as storm water flows down the drain, pollutants are picked up for the ride and are delivered to receiving waterways via stormwater runoff. Among the variety of pollutants present in stormwater, metals continue to be identified as a priority due to their ubiquity, legacy, and ability to bioaccumulate and cause effects in organisms. Monitoring of urban stormwater runoff has revealed that discharges into receiving waterbodies tend to occur over short-term ‘pulses’. As a consequence, organisms that access these environments are subjected to intermittent, short term metal exposures rather than a continuous exposure. The water quality guidelines currently set by regulatory bodies to protect these ecosystems are typically derived from chronic toxicity tests. This is an issue, as these guidelines may not be protective of episodic exposures typical of stormwater runoff. 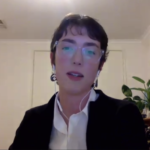 Sarah McDonald has monitored metal contaminants in stormwater runoff in Moonee Ponds Creek to determine their risk to aquatic animals. She found that only 2% of the metals in the water were available to be taken up by organisms (bioavailable), and that they only entered the receiving waterbodies intermittently. This short-term exposure to metal therefore appears to pose little risk, but she has yet to study the impacts of repeated exposure. In the meantime, her studies will help inform water quality guidelines.

Bushfires in Australia can be absolutely devastating. One of the factors that determines their ferocity is how much fuel they have to burn. Most grasses have a life cycle where they annually dry out and die or become dormant, a process referred to as curing. Curing affects fire behaviour by gradually increasing the amount of dead material in grasslands while decreasing moisture levels, thereby increasing the chance of fire ignition, intensity and spread. Sike (Lydia) Li has been tracking grasslands in Australia using remote satellite data and works to improve estimates of curing using data from multiple satellites so that we can accurately monitor how much dry fuel is around come bushfire season. Grassland curing degree (GCD) has been traditionally determined using three approaches – a visual estimate, a point intercept method also known as the ‘Levy Rod’ method, and destructive sampling. However, these methods are either costly and inefficient, or lack accuracy, and they are impractical for large areas. Hence, the need for estimation of curing degree on large scale has become increasingly important for grassland fire monitoring. However, current satellite products have low spatial resolution that are unable to distinguish grasslands from other nearby land types. Melbourne would need a much higher resolution due to its large area and complex land types in the peri-urban area. This research establishes the use of higher spatial resolution satellite imageries for generating Grassland Curing Maps (GCMs) as an effective method for grassland curing observations. It also finds and analyse the ISV between GCMs created by various spatial resolution and builds a decision support system.

Lauren Bleakley, Florey Institute of Neuroscience and Mental Health, the University of Melbourne

Ebony, a young girl with a rare and severe form of epilepsy, was the inspiration for Lauren’s PhD studies. Ebony’s case is caused by a mutation in her HCN1 gene, which provides cells instructions to make a channel to let ions in and out. This alteration of the HCN1 channel caused by the mutation is associated with severe developmental impairment and drug-resistant epilepsy. When altered, the channel is permanently in an open state, allowing sodium ions to constantly flow into neurons in the brain, which causes them to be hyperexcited,  triggering seizures. Lauren has developed a mouse model of the disease to test antiepileptic drugs so that she can find and test effective treatments. 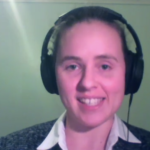 The HCN1 gene encodes the HCN1 ion channel, which plays a key role in setting and stabilizing the resting membrane potential of neurons. Pathogenic variants in HCN1 are known to cause epilepsy, including severe, early-onset epilepsy syndromes such as Developmental and Epileptic Encephalopathy (DEE). To date, 29 confirmed pathogenic variants in HCN1 have been identified to cause epilepsy, with 14 of these variants, including the recurrent de novo HCN1 M305L variant, associated with DEE. Although preliminary functional analysis has been conducted on some HCN1 variants, the mechanisms through which changes in HCN1 channel function lead to neuronal hyperexcitability are yet to be examined in detail. This research involved engineering the HCN1 M294L heterozygous knock-in (Hcn1M294L) mouse, which carries the mouse homologue of the human HCN1 M305L variant and is the first mouse model of HCN1 epilepsy, in order to explore the disease mechanism underlying HCN1 DEE.

Pancreatic cancer is the 4th most common cause of cancer related death in Australia, with less than 10% of patients alive 5 years after their diagnoses. Most patients die within 6 months. Chemotherapy, being the only treatment, has not improved patient survival and new treatments are desperately needed. Pancreatic cancer can differentiate into low grade tumours or high grade tumours, where high grade tumours are associated with poor prognosis. Due to the limited treatment options available for pancreatic cancer, it is crucial to understand what causes the cancer to grow into different grades, which may involve better ways to select treatments for patients, in addition to identification of new treatment options.

One of the barriers to developing new treatments is that genomic analyses have so far failed to identify good therapy targets. Ronnie’s solution is organoids: 3D multicellular structures grown in a lab that are derived from patient cells. He has generated Australia’s first pancreatic cancer organoid biobank and used these tools to better understand factors that drive disease progression. He is also trying to identify new opportunities for treatment, and screening different drugs on patient-derived organoids allows researchers to see how the patients will respond so that they can receive treatments that actually work. 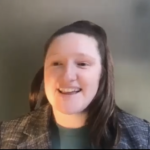 However, despite occurring regularly over Australasia, regional ARs are particularly understudied. Extreme rainfall is notoriously difficult to forecast more than three weeks in advance yet, when correct, forecasts of extreme rainfall are incredibly useful to a variety of stakeholders, including farmers and emergency managers. A recent area of research is sub-seasonal forecasting, which means making forecasts out to 3-6 weeks. Due to the chaotic nature of the atmosphere, forecasting an individual thunderstorm out to 3 weeks is essentially impossible. However, large-scale features, like Atmospheric Rivers, can be predicted further in advance. Kimberly Reid studies the relationship between ARs and extreme rainfall to inform new tools and processes for forecasting hazardous rainfall 3 to 5 weeks in advance.

Rarer than gold but less well known, tellurium (Te) is one of the least common elements on Earth. It is the bright future of solar energy as it is primarily used to manufacture films for solar cells. When combined with other elements, it has enhanced electrical conductivity and can efficiently absorb sunlight and convert it to electricity. Due to its low abundance, little is known about its toxic effect on humans and ecosystems; however increased use of Te in applications is leading to greater input of anthropogenic Te into the environment. A greater understanding of the sources and mobility of Te is important to ensure it does not become a significant pollutant. Yet, compared to other semi-metals such as arsenic and selenium, the environmental (bio)geochemistry of Te has thus far received very little attention. 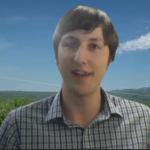 So, while critical metals like tellurium will help us meet important needs such as low emissions energy production, we also need to ensure that they do not become an environmental contaminant, thereby creating more problems than they solve. So Owen Missen travelled to nature’s richest tellurium site in Moctezuma, Mexico, where he found evidence of diverse communities of bacteria breaking down the toxic form into non-toxic nanoparticles. These ore deposits provided a unique natural experiment regarding the dispersion of Te in the environment, which has been used in his research to further develop a model of the biogeochemical cycling of Te.

Ultrasounds are widely used for medical imaging, but a great challenge is the inability to distinguish between organs with similar acoustic responses, such as blood vessels and soft tissues. Contrast agents, typically “microbubbles”, are injected into the bloodstream to give better contrast of blood vessels against other tissues. 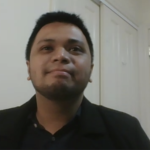 Recently, new types of gas-containing and gas-generating colloids are being developed for this purpose and for other applications, such as drug delivery and theranostics, due to the acoustic properties of bubbles and associated mechanical effects during bubble formation. Mark’s work is revolutionising these microbubbles with bio-inspired, red blood cell membrane bubbles that are biocompatible, so escape destruction by the body’s immune system. He can take a patient’s (or compatible donor’s) blood cells, from which he creates microbubbles, and can even add modifications such that they act as sensors or can be remotely activated to transduce infrared light into heat on demand using  polydopamine – a new way to personalise medicine. These features provide key properties for more effective and safer ultrasound contrast agents.

When you sit near a window on a hot day – say, in a parked car – you’re reminded of how easily heat travels through glass. Ironically, we overwhelmingly address this problem with air conditioning systems, the use of which is a major contribution to global warming, accounting for up to 50% of the total electricity used in Australia alone. While we can use curtains and blinds to keep heat in or out of our internal spaces, a more permanent, efficient and sustainable solution for temperature regulation through glazing is needed. The high use of AC is driven by inefficient construction solutions and material choices of windows for the exchange of natural sunlight. Some solutions to regulate the amount of heat that penetrates our windows are already available, yet also require electricity to thermally regulate or block out the sunlight. Sumaiya is developing a self-regulating glaze for glass windows. Her thin film, made with a novel material (vanadium dioxide), lets light through while blocking heat coming in – only on hotter days – without the need to use any electricity.