The Royal Society of Victoria (RSV) is delighted to announce the 2021 recipient of the RSV’s prestigious Medal for Excellence in Scientific Research – Distinguished Professor Andrew Ball, Director of the ARC Training Centre for the Transformation of Australia’s Biosolids Resource at RMIT University.

With deep expertise in environmental microbiology and biotechnology, Professor Ball was, until recently, the Director of the Centre for Environmental Sustainability and Remediation (EnSuRe) at RMIT. His research focuses on developing clean, sustainable technologies to remediate environmental contamination, looking for ways of removing contaminants – particularly petroleum hydro-carbons (oil), but also other organic pollutants – from soils, groundwater and water bodies. The process of using naturally occurring microorganisms in both drawing out contaminants and restoring an ecosystem’s original microbiome is called bioremediation.

Andy and his team have contributed to cleaning up contaminated sites all around our highly industrialised world. As no local ecosystem is quite like another when it comes to microbiological communities, new and innovative approaches are always required when approaching each contaminated site. The work begins in the laboratory, then is scaled up for impactful and commercially successful applications in the field. While this has resulted in millions of dollars in cost savings to industry and the far greater value of a cleaner environment, the constant process of translating discovery into application has contributed a wealth of research and teaching experience to the State of Victoria in the fields of algal biotechnology, bioremediation, organic (biosolid) waste treatment and environmental microbiology. 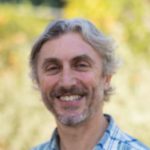 “Andy has an excellent record of leadership and training of many academic and industry partners.” “I have heard story after story of him going out of his way to help people out,” explains Professor Oliver Jones, the Associate Dean of Biosciences and Food Technology at RMIT’s School of Science (left).

“He is not only an exceptional scientist, but also an outstanding role model in science and in general. He takes an active interest in his PhD students and postdocs and other staff and helps them to be the best they can be and inspires others to act in the same way, and this is perhaps the greatest impact of all.” 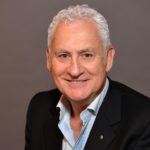 This year’s assessment panel members had a “tough choice” according to the Royal Society of Victoria’s President, Rob Gell AM (right). “Victoria has a truly remarkable community of researchers in the biological sciences, all working across diverse fields and sectors – it’s really hard to weigh and compare their many achievements relative to each other. But Professor Ball’s impressive impact across many disciplines certainly portrays a researcher at the top of the game, and I’m delighted by the panel’s final recommendation.”

“I really hope we’ll see the other nominees back in the assessment pool the next time this category comes around in 2025. They are universally high achievers and it’s certainly a testament to the standard of Andy’s work that he’s come out ahead of such a competitive field.”

The Royal Society of Victoria congratulates Distinguished Professor Andrew Ball, the 2021 recipient of the RSV Medal for Excellence in Scientific Research. Andy will be presenting his work to the Society at a public lecture on the evening of 9th December, 2021, where he will be presented with the 2021 Medal by the Society’s Patron, the Governor of Victoria. 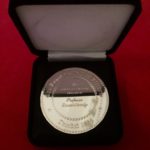 Inaugurated in 1959, this year the RSV Research Medal was awarded in Category I – the Biological Sciences. The Medal for Excellence in Scientific Research recognises peak research career achievements and outstanding leadership in research by Australian scientists, particularly those conducting work within (or about) the State of Victoria. 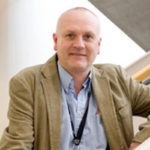 Professor Andrew Ball began his career as a Research Fellow at Liverpool University, UK, then as a Reader at the University of Essex, UK. In April 2005, Andy was appointed Chair of Environmental Biotechnology at Flinders University, Australia.

He has performed a number of key institutional roles for each university at which he was based over the past 30 years. At the University of Essex UK, Andy was Director of the Centre for Environment and Society. At Flinders University, he was appointed Director and Chair of Flinders Bioremediation.

Andy has generated internationally acclaimed research outputs since 1985. He has over 300 peer reviewed publications cited 11,000 times in total, with an annual citation average above 1200 over the past 3 years with an h-index of 54 (Google) and 42 (Scopus). In addition, Andy has published 6 books (3 as author and 3 as editor) and written 42 book chapters. He currently has three provisional and three full international patents.

Andy has headed the Environmental Biotechnology Group, now at RMIT University (previously based at Essex University and Flinders University), since 1995. Andy has brought a wealth of research and teaching expertise to RMIT University at an international level, particularly in the fields of bioremediation, organic waste treatment, and environmental fate of organic pollutants. He has supervised 30 postgraduate research students in the past 10 years.