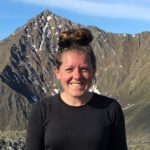 “The origin and evolution of life on Earth is intimately tied to environmental conditions on the Earth’s surface. I am interested in the impact of large changes in the Earth system, including climate change and the oxygenation of the atmosphere-ocean system in driving the radiation and extinction of life.”

The Royal Society of Victoria is delighted to congratulate Dr Ashleigh Hood, the 2022 recipient of the Phillip Law Postdoctoral Award, and the first to be awarded in the new category of Earth Sciences. Her research focuses on the co-evolution of life and planetary surface conditions over the last several billion years of Earth’s history. Assessment panel member Professor Andy Gleadow was impressed by Ashleigh’s “outstanding science of major international importance and high impact, providing deep insights into the evolution of the Precambrian Earth and its life.” 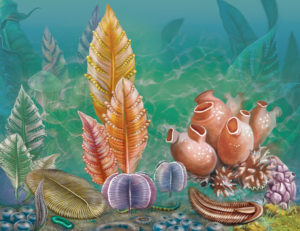 Ashleigh attained her PhD in geology from the University of Melbourne in 2014, working in the (then) School of Earth Sciences under the supervision of Associate Professor Malcolm Wallace to understand the ocean chemistry and marine carbonate mineralogy of seas in the Neoproterozoic Era.

Her first postdoctoral placement was with the NASA Astrobiology Institute at Yale University as an American Australian Association Postdoctoral Fellow and NASA Astrobiology Institute Postdoctoral Fellow. Here she developed a practical course in Sedimentary Petrography, organised and co-led an 18-day undergraduate field geology course at Great Slave Lake in Canada, and continued her research into one of the most fundamental questions in science – how did the Earth become habitable for life?

This question requires an interdisciplinary response, and Ashleigh has developed excellent collaborative networks while at Yale University, which she has since deepened and extended. Her research collaborations encompass analysis of metal isotopes, geochronology, geochemistry, astrobiology, sedimentology, computer modelling and fieldwork on the continents of Australia, Africa and North America. “One obstacle in developing this history is the reliance on large, bulk-rock geochemical databases with minimal geological context, and a lack of research on shallow marine systems, the principal environments where complex life evolved. My work addresses this critical gap in our understanding of how these marine settings remained habitable to life throughout Earth’s history using new, interdisciplinary work. I use marine sediments, including reef systems, preserved in the geological record as windows into ancient ecosystems and seawater conditions.”

Ashleigh returned to Australia and her alma mater the University of Melbourne in 2017, where she continues her work with Victorian colleagues while maintaining global collaborations at Yale University, Texas A&M University, The University of Chicago, the University of Edinburgh, Harvard University, Pennsylvania State University, the University of Nevada, McGill University and the Geological Surveys of South Australia, the Northern Territory and Namibia. Now based at Melbourne’s reconstituted School of Geography, Earth and Atmospheric Sciences as an ARC DECRA Fellow, she was appointed under the University’s Driving Research Momentum strategy and recently promoted to Senior Lecturer in Sedimentology. In balance with her research work, she undertakes a significant teaching load, in addition to PhD and Honours student supervision. 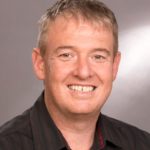 “She has lots of awards, locally and internationally, displays leadership through conference and symposium organisation, editorial roles in significant journals and committee work at the institutional and national level. Her h-index is 19 from 36 papers. This is excellent!”

Beyond research impact, the Award recognises Ashleigh’s commitment to science outreach, and understanding the conservation significance of some of Australia’s most remarkable geological and ecological areas. Led by Ashleigh and Malcolm Wallace, the Sedimentology group’s research on the Cryogenian Balcanoona Reef in the Northern Flinders Ranges has led to increased community interest and conservation efforts for the Vulkathunha-Gammon Ranges National Park and the Arkaroola Conservation Area. The discovery and documentation of these ancient reefs – among the oldest in the world – has been fundamental to the area’s nomination for UNESCO World Heritage listing.

Her group’s work also has industrial application. Through uncovering new insights to how oxygen levels in seawater through different eras have powerfully influenced the distribution of base metals like iron and zinc in sedimentary systems, their efforts are of direct benefit to the efficiency of Australian minerals exploration.

Finally, Ashleigh’s research into the behaviours of past climates, and the changes wrought on these by changing atmospheric chemistry, helpfully maps out changes in dissolved oxygen levels in seawater over geological time. Periods of increased atmospheric CO2 and a warming climate correlate with the dramatic shifts in the Earth system to effect widespread ocean acidification, hypoxia – low oxygen – and anoxia – totally depleted oxygen – linked to major extinction events. The lessons of this history are critical to addressing current and future changes to our environment and their impacts on our ecosystems.

Please join us in congratulating Dr Ashleigh Hood on her achievements. We also convey our gratitude to our assessment panellists for their challenging work in weighing the merits of a very competitive field of entries this year: Emeritus Professor Andrew Gleadow, Professor Peter Betts, Dr Bill Birch AM and Mr Rob Gell AM. Our thanks to you all.

About the Phillip Law Postdoctoral Award 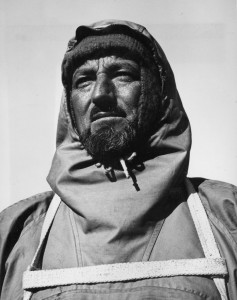 The Phillip Law Postdoctoral Award was made possible by the generous bequest to the Society from the estate of the late Dr Phillip Garth Law AC (1912-2010), a leader of the Australian National Antarctic Research Expeditions that established our nation’s bases in the southernmost continent, and a former President of the Royal Society of Victoria.  The award is for excellence in scientific research by an early career researcher within seven years of attaining a PhD from a Victorian research institution. Allowances are made for career interruptions due to parenting obligations.

Next year, the Award will be made in Category III: Biological Sciences (non-human). Applications will open on 1 June, 2023.