“A work of enormous scope.” – Professor Brian Schmidt AC, Nobel Laureate in Physics and Vice-Chancellor of the ANU Published by Allen & Unwin, it is available in softcover, as an e-book, and as an audio book narrated by Adam Sims.

The First Astronomers takes us on a journey across space and time to reveal the wisdom of the Elders. These living systems of knowledge challenge conventional ideas about the nature of science and the longevity of oral tradition, pointing the way for a world facing the profound disruptions of climate change.

The First Astronomers shows us how respectful collaborations can drive exciting and innovative solutions to global challenges that impact us all.

The event will be held in the West Gallery of the Science Gallery at 114 Grattan Street, Carlton from 6-8 pm.

Doors open at 6:00 pm with drinks and an exhibition of “Star Knowledge of the Torres Strait”. This includes 11 linocut artworks from Torres Strait Islander artists focused on astronomy (including co-author David Bosun).

50 copies of the book will be available for sale, so be sure to bring your own copy to ensure it can be signed. 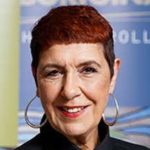 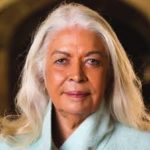 Professor Marcia Langton AO is a Yiman woman from Queensland, Redmond Barry Distinguished Professor, Associate Provost, and Foundation Chair of Australian Indigenous Studies at the University of Melbourne. She is an anthropologist, geographer, Fellow of the Academy of Social Sciences in Australia, and renowned public figure. Professor Langton wrote the Foreword for The First Astronomers. 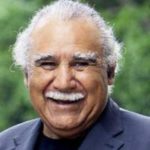 Uncle Ghillar Michael Anderson is a Senior Law Man, Elder, and leader of the Euahlayi Nation from Goodooga, New South Wales. He is a co-founder of the 1972 Aboriginal Tent Embassy and was taught Euahlayi customs and traditions through his people’s sacred ceremonies. He is a traditional astronomy expert, having published several academic papers on Aboriginal astronomy and is a co-authoring Elder of The First Astronomers. 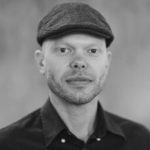 Associate Professor Duane Hamacher is an astronomer and social scientist in the ASTRO-3D Centre of Excellence and the School of Physics at the University of Melbourne. His work specialises in the intersection of astronomy with culture, heritage, history, and society. He is leading initiatives in Indigenous astronomy and dark sky studies and is the author of The First Astronomers. 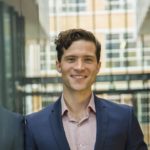 Professor Alan Duffy is an astrophysicist, Director of the Space Institute at Swinburne University, Lead Scientist of the Royal Institution of Australia, and a leading public personality in astronomy and science communication. He has appeared on TEDx twice and his research involves creating simulated universes on supercomputers to understand how galaxies form.

Convened with the support of the Royal Society of Victoria.

AI, VR & EdTech: How Technology is Transforming Education
Earthquakes, Pandemics and the Communication of Science