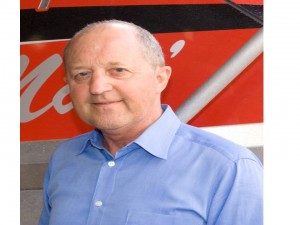 Department of Zoology, University of Melbourne

As first elaborated by Charles Darwin and Alfred Russell Wallace, humans and other vertebrates are in competition for survival with each other and all other organisms.  The competition between invertebrates and the more lately evolved vertebrates is evident where large numbers of offspring and brief life cycles allow faster evolutionary responses in microbes and invertebrates than is possible in vertebrates.

The outcomes of short-term behavioural encounters such as escaping from predators can also be critical for survival so there will be strong evolutionary selection to fine tune such behaviours.  In this aspect of competition there is another important difference between vertebrates and invertebrates.  A vertebrate such as a fish can have as many as 50,000,000 neurons in its central nervous system whereas the invertebrate crayfish it hunts may have as few as 100, 000.  While absolute neuronal numbers may not be an accurate predictor of behavioural ability, a difference of several orders of magnitude surely suggests a difference in behavioural flexibility.

Questions related to this mismatch attracted me to the emerging speciality that became known as neuroethology, the neural basis of behaviour, and in particular, the study of invertebrate nervous systems and behaviour.  The incentive was the possibility that “simple” systems would provide insights into the neural basis of behaviour, the evolution of nervous systems and how simpler systems compete.

Critical aspects of the relationship between behaviour and neural evolution can be studied at crucial points in the behavioural arms race where, for example, prey escape from predators and where predators capture prey. During this lecture we will use our observations of escape behaviour and prey capture to address questions such as: How do invertebrates with their paucity of neurons compete with the flexibility conferred by the larger computational power of the vertebrates? Can we detect patterns in the evolutionary changes that indicate preferred efficient solutions?