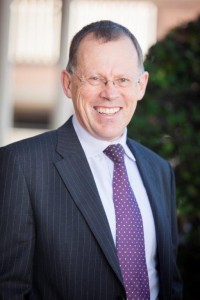 Since the introduction of the first heart pacemaker in the 1950s, there has been a range of bionic devices approved for clinical use.  Their development has resulted in a dramatic impact on the quality of life of millions of people.  From an overview of the design principles of cochlear implants to alleviate severe hearing loss and deep brain stimulators (DBS) to reduce tremors associated with Parkinson’s disease, I will speak about the development of the many modern neural prostheses being researched.

Neural prostheses are engineered devices that record from and/or electrically stimulate excitable tissue in order to improve health outcomes.  Significantly, there are a large number of devices currently undergoing development, fuelling expectation that this field will undergo major expansion over the next decade.

Devices in development include retinal prostheses to provide visual cues for the blind; functional electrical stimulation to assist paraplegics stand and walk; DBS to treat severe depression and related psychiatric disorders; vestibular prostheses to assist patients with severe balance disorders; and recording or feedback devices such as brain–computer interfaces and peripheral nerve-recording arrays to control computer-assisted devices including artificial limbs.

It is important to realise that these technologies depend on fundamental biomedical engineering principles and a thorough understanding of the anatomy and physiology of the target neural population.  Furthermore, neural prostheses only provide a relatively crude representation of the normal temporal and spatial patterns of neural activity; they are reliant on the plastic brain for their considerable clinical success.  In these two areas lie important challenges.

Supported by the Australian Research Council, the NH&MRC and the Victorian Government.