Bonding in the world of minerals: It’s crystal clear 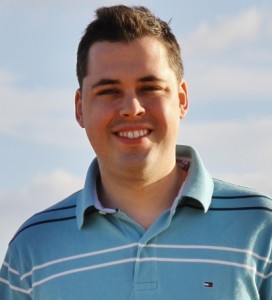 In 1914, 100 years ago, Max von Laue won the Nobel Prize for Physics “for his discovery of the diffraction of X-rays by crystals”.  A year later, Australian father and son team Sir William Henry Bragg and Sir William Lawrence Bragg were jointly awarded the Nobel Prize after being not only the first people to solve a crystal structure – that of salt, but for also developing the first X-ray spectrometer.  These gifted scientists launched a new experimental discipline which has since uncovered the atomic arrangements of hundreds of thousands of materials in mineralogy, biology and chemistry, and has been vital to discoveries such as the structure of DNA.

So 100 years on, what is the state of play?  Dr Stuart Mills, Senior Curator of Geosciences at Museum Victoria, will take you on a journey through “Bonding in the world of minerals” and show you that minerals are not only beautiful, but also that amazing discoveries are constantly being made.  In 2014, determining the structure of minerals is as important now as it was 100 years ago, when von Laue and the Braggs started it all.

This talk is part of the public lecture series celebrating the2014 UNESCO International Year of Crystallography (http://science.unimelb.edu.au/crystallography).

A very little brain: The Pooh Bear factor and animal behaviour
Supersizing humans, downsizing life: Why is everything getting smaller except us?