Decarbonising Energy: At the Tipping Point Australia installed more renewable generation in the last three years than in the thirty years prior. It seems that every week a new renewable energy record is smashed. Yet despite this, Australia has the highest per-capita greenhouse emissions of any advanced economy, we’re on track to miss our Paris Agreement commitments and we’re nowhere near achieving net zero.

How did we get here, and how can we turn it around? 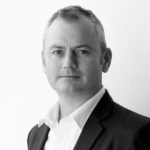 Simon Holmes à Court is one of Australia’s leading energy commentators and analysts. Based at the University of Melbourne, he is a senior adviser to the Climate and Energy College at the Energy Transition Hub and has developed the openNEM, an Open Platform for National Electricity Market Data.

He has been a pioneering force in the Australian community power movement, both as the founding chair of Hepburn Wind, the country’s first community-owned wind farm, and founder of Embark Australia, a non-profit coalition helping communities share in the benefits of local renewable energy.

Tickets are available below to participate in the webinar via Zoom and/or Eventbrite. RSV and ATSE Members are prompted to enter their promotional code to access a member’s ticket. Alternatively, you can watch along via Facebook Live at the appointed time without buying a ticket.