Supersizing humans, downsizing life: Why is everything getting smaller except us? 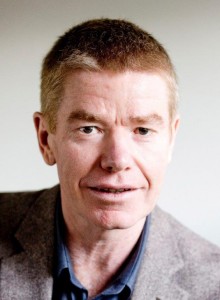 Body size is one of the most distinctive features of all organisms. It is reported by biologists almost as frequently as human age is by the popular press. Size matters. In biology it matters because, typically, physiological function and ecological characteristics are tightly related to size. Large organisms usually have high energy expenditure, slow growth rates, low population densities and high extinction probability. They also seem to be favoured as resources by humans.

We prefer to exploit large species. And we usually prefer the larger individuals of any given species. The close relationship between body mass and the dollar value of various groups of African mammals makes the point. A major consequence of our size selectivity is that, on balance, we’re downsizing life. The largest of trees are so rare that they are frequently named and their locations kept a closely guarded secret. Land mammals and birds, and marine fish are getting smaller, mostly because larger species and individuals have either disappeared or are becoming rare.

By contrast, humans are heading in the opposite direction. Several gains in height in the last century were associated with improved health and nutrition. The Global Burden of Disease Study 2010 made international headlines by demonstrating that risks associated with obesity are growing rapidly. One co-author of the study remarked to CNN: “However, the world is now obese and we’re seeing the impact of that”.  We’re getting bigger – in several different ways.

Bonding in the world of minerals: It’s crystal clear
Matthew Flinders: The Man Behind the Map