The Anthropocene: Where on Earth are we Going?

Human pressures on the planet as a whole – the ‘Earth System’ – have now become so great that scientists have proposed that we have left the Holocene, the 11,700-year geologic epoch that has been humanity’s accommodating home, and have entered a new geologic epoch, the Anthropocene. Originally proposed by atmospheric chemist Paul Crutzen, the Anthropocene is characterised by extremely rapid changes to the climate system driven primarily by human emissions of greenhouse gases and growing degradation of the planet’s biosphere, driven by a range of direct and indirect human pressures.

Where is the Anthropocene headed? The current trajectory of the Earth System is a rapid exit from the Holocene, accelerating towards a much hotter climate system and a degraded, ill-functioning biosphere.  Perhaps most concerning is a possible ‘fork in the road’ beyond which lies ‘Hothouse Earth’. The key element of this trajectory is a ‘tipping cascade’, in which a series of interlinked tipping points – the melting of polar ice, the conversion of forest biomes to grasslands or savannas, changes in ocean and atmospheric circulation – take control of the trajectory of the Earth System and move it to a much hotter, biodiversity-impoverished, but stable state.

To avoid this possible tipping cascade requires fundamental changes to human societies. These changes include not only advances in technologies but also more fundamental changes in societal structures and core values. In essence, we must become stewards of the Earth System, based on transformed societies that focus on systems approaches to economies, a greater level of equity within societies, and a focus on restoration of a well-functioning biosphere. All of these changes are possible, but they will only occur if we develop a life-centric approach to our existence rather than a human-centric approach. Indigenous Australians have developed rich traditions and might show us the way forward to a much more life-centric society. 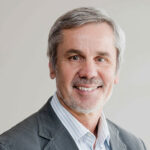 Professor Will Steffen is an Earth System scientist. He is a Councillor on the publicly-funded Climate Council of Australia that delivers independent expert information about climate change, an Emeritus Professor at the Australian National University (ANU); Canberra, a Senior Fellow at the Stockholm Resilience Centre, Sweden; and a Fellow at the Beijer Institute of Ecological Economics, Stockholm. He is the chair of the jury for the Volvo Environment Prize; a member of the International Advisory Board for the Centre for Collective Action Research, Gothenburg University, Sweden; and a member of the Anthropocene Working Group of the Sub-committee on Quaternary Stratigraphy.

From 1998 to mid-2004, Professor Steffen was Executive Director of the International Geosphere-Biosphere Programme, based in Stockholm. His research interests span a broad range within climate and Earth System science, with an emphasis on incorporation of human processes in Earth System modelling and analysis; and on sustainability and climate change.