What’s in the Water? Part One 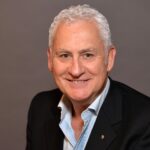 by Rob Gell AM FRGS

I’ve had an interest in water management for more than two decades. I’m not an engineer – I’m a geographer; a geomorphologist. Someone who is concerned about the morphology, the shape, of the landscape, how a landscape has evolved and changed over geological time and the influences that have caused the changes in morphology; geology – faulting and folding, rivers and streams, waves and currents, winds, weathering and erosion, climate.

I’ve also had a long-term interest in environmental issues since I read Rachel Carson’s ‘Silent Spring’ as an undergraduate science student in the early seventies, which described the harmful effects of pesticide use on our environment. The 27th of September 2022 marked the 60th anniversary of Rachel Carson’s book.

Unfortunately, Australia still uses dozens of chemicals[1], like the ones Rachel Carson warned us of sixty years ago, that are banned in other countries including the UK and USA. These chemicals are banned because they’re toxic to humans, animals or the myriad other plants and animals that inhabit our planet with us.

Chemicals like Atrazine, Paraquat, Malathion, Dichlorvos, and of course the neonicotinoids that are threatening bees globally. Paraquat has been linked to Parkinson’s disease; Atrazine, which interferes with reproduction, may cause cancer.

Then there’s the pharmaceuticals: pharmaceutical pollution of the world’s rivers is far more extensive than previously thought – so much so that it now poses a global threat to environmental and human health. Add to that the drugs for human and veterinary use, including antibiotics, natural and synthetic hormones, detergents, plasticizers, insecticides, and fire retardants.

Consider your visit to the supermarket, and the thousands of litres of inorganic chemicals in white plastic bottles that we see lining ‘cleaning’ aisle. Where does all that stuff go? If you live in Sandringham, your sewage waste, and all the other stuff you use, ends up in the bay.

A lot of these chemicals end up in our sewer systems. They either go through our bodies into the toilet or off the kitchen bench and are washed down the sink or the shower or down the gutter into the stormwater system. 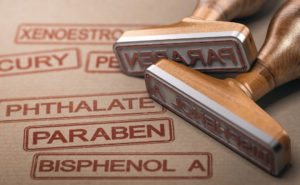 Endocrine disruptors are chemicals that interfere with this system. They are also known as endocrine-disrupting chemicals or EDCs. These are things like PFAS, dioxins, things in plastics, things in soap, things in pesticides, fungicides, and herbicides. They all disrupt our endocrine system and they’re all around us.

They accumulate in human fat tissue and can have effects on obesity, diabetes, reproduction, breast cancer, ovarian cancer, thyroid problems, and problems with the prostate. Endocrine disruptors may be associated with the development of learning disabilities, severe attention deﬁcit disorder, cognitive and brain development problems, and deformations of the body.

So, what does that have to with a Port Phillip Bay Environmental Forum?

The point is that all these things are used by humans, escape to the environment, or are flushed down our toilets and end up in our sewage treatment plants. The biggest in Victoria is Melbourne Water Corporations’ Western Treatment Plant at Werribee that discharges to Port Phillip Bay.

It’s difficult to find out the exact number, but the volume of treated sewage that is discharged to Port Phillip Bay each year is about 140 GL – that’s 140 billion litres. This sewage has only undergone secondary treatment[2].

It’s not tertiary treatment though, that is utilised elsewhere in the world to raise the quality of the water to domestic and industrial standards or to meet specific requirements around the safe discharge of water. Tertiary treatment involves the removal of pathogens ensuring that water is safe for drinking purposes. This is not what is done at Werribee.

The outfall water is full of nitrate and all that other stuff I’ve mentioned that we don’t even measure.

In many ways the Western Treatment Plant at Werribee, and the other major treatment plant at Carrum that discharges at Boags Rocks into Bass Strait represent the ‘ecological footprint’ of Melbourne’s human population.

The Port Phillip Bay Environmental Management Plan[3] (2017 to 2027) concluded that nutrients, sediment, and other pollutants flowing into the Bay are the main contributors to poor water quality.

The Victorian Environment Protection Authority Beach report is currently closed and will reopen on the 1st of December. Is Port Phillip Bay safe to swim in today? Should I surf at Boags Rocks?

The first was Issued on 6th September 2022 and updated on the 20th for ‘maintenance dredging’ at Werribee River entrance at the Werribee South jetty, it says:

Parks Victoria will soon commence maintenance dredging around the entrance of Werribee River, near Werribee South jetty. Dredging is expected to commence on the 15th of September and will continue for 3 to 6 weeks (weather dependent). Sand disposal will provide sand to adjacent beaches north of the river entrance. Dredging may cause discoloured or odorous water. Avoid use of the beach during this time.

My question is: what are the levels of heavy metals, pesticides and hydrocarbons in the sediments being disturbed by Parks Victoria and put in the water column in the bay?

The second alert is a PFAS risk assessment on fish in Maribyrnong River that was issued on the 7th of May 2019 – it’s still on the website, and it says:

I may be wrong, but I don’t think I noticed this warning on any of our news services.

My question then is: where did the PFAS come from and how much is still in the Maribyrnong? If it’s not still there, where has it gone – into the Yarra, its sediments or into the bay?

More on this next month! Your letters and responses welcome: [email protected]

[1] The dirty dozen: 12 pesticides that are banned elsewhere but still used in Australia

[2] What Are the Three Stages of Wastewater Treatment?

biodiversityendocrinologyfertilitypharmaceutical sciencepollutionsewerage treatmenturban biodiversitywater managementwater pollution
The Royal Society of Victoria – Official Position on Climate Change
Is There Anybody Out There? The Fermi Paradox