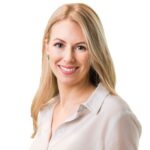 This article follows a presentation to the Royal Society of Victoria on 27th May 2021 titled “Location, Location, Location: immune protection by tissue-resident T cells” delivered by Professor Laura Mackay (University of Melbourne). All images used here were captured during her presentation.

Immune systems have good memories. T cells are specialised immune cells that are central to the complex, adaptive immune responses to infection and disease. T cells are “trained” to recognise specific fragments or components of viruses, bacteria, and other infectious pathogens.

Each T cell is tailored to fight one of the many different pathogens that we might encounter in our lives, and the number that we have that responds to any given pathogen is relatively low. During an infection, it takes time for the right T cells to get into gear, but once they are activated, they multiply to generate large numbers of T cells that specifically recognise the invading pathogen. These T cells then travel to the site of infection and actively destroy infected cells or recruit other immune cells to participate in the immune response.

Once they have eliminated the pathogen and the infection has cleared, most T cells die in order to prevent excessive, unnecessary damage. Some, however, remain behind as memory T cells that provide better, faster, stronger responses upon re-encountering the pathogen because there are more of them – and they are already trained fighters.

Generally, memory T cells were thought to constantly patrol the entire body, scouting for the return of the pathogen they are trained against. Then, ten years ago, some memory T cells were found to permanently reside in the site of infection where they are poised to mediate local immune responses should the pathogen come back. They are hence called “tissue-resident memory T (TRM) cells” and reside in common sites of infection, including the skin, intestine and respiratory tract. Professor Laura Mackay’s research at the University of Melbourne has been instrumental in the understanding the role of these cells and harnessing them in novel immunotherapies to fight infection, cancer and autoimmunity.

The discovery of TRM cells by Frank Carbone, David Masopaust and Leo Lefrancois was revolutionary in the field of immunology.  While the idea of specialised immune cells in tissues where infections are common seems like a no-brainer, this entire subset of T cells were missed for decades because studies of human immune cells were mostly limited blood – and if memory T cells were found in other tissues, they were presumed to merely be passing through. But TRM cells are in fact distinct from circulating memory T cells – they stand guard in the tissues and never leave their post.

Laura initially wanted to be an artist but her mother, who was an artist, wanted her to do a “sensible” degree for better future job prospects. With an interest in microbiology and immunology, she studied biology at university and has since put her creative mind towards innovative biomedical research. In the third year of her degree, she contracted glandular fever, which led her down a rabbit hole of Epstein-Barr virus research as she endeavoured to understand what was happening in her body. By doing self-directed research, she began to realise how fascinating viruses and the immune system are. She went on to undertake a PhD in Epstein-Barr virus research, studying the virus that causes glandular fever, before moving to Melbourne to join Frank Carbone in the emerging field of TRM cells.

Because memory immune cells safeguard against the return of a pathogen, the development of vaccines is paramount. The first time we encounter a pathogen, it can take several days for the adaptive immune response to kick in. A vaccine mimics the first infection, providing the immune system with the same target practice while remaining healthy. Following vaccination, we will have a supply of memory cells that can fight the infection immediately.

Laura wants to develop vaccines that utilise TRM cells so that we have T cells ready for combat in vulnerable tissues. Her team at the Peter Doherty Institute for Infection and Immunity explores the use of adjuvants (immune system boosters) in vaccines to encourage T cells to move into certain tissues. For example, a COVID-19 or influenza vaccine would ideally generate TRM cells in the airways, while a malaria vaccine would ideally generate protection in the liver where the infection manifests.

Recent evident indicates that TRM cells also play a vital role in preventing the development and spread of solid tumours. Laura’s laboratory and other research groups have found that they accumulate in various human cancers where they have been associated with better survival and disease outcomes. In melanoma, for example, they are important in keeping tumours in a dormant state, suppressing cancer progression.

The field of TRM cells is still in its infancy, partly due to their differences in different tissues. TRM cells are tailored to suit their tissue of residence, where they may not have the same access to nutrients as in the blood. Laura’s group has identified some markers that distinguish skin, gut and liver TRM cells, highlighting that, while TRM cells are essentially a group of cells with similar functions, they receive cues from their local environment and become fine-tuned to fit into the place they reside. Being able to direct particular responses in particular locations is currently a work in progress.

Knowledge of the immune system is continually evolving. Parts of the immune response that Laura has helped uncover are working their way into textbooks, and she is constantly updating her lectures for undergraduate students. Our immune systems are highly adept at protecting us, and researchers like Laura are developing immunotherapies and vaccines that help the immune response reach its full potential to fight disease.

immunityimmunology
Are We Living in Liveable Cities?
New Stewardship of Country