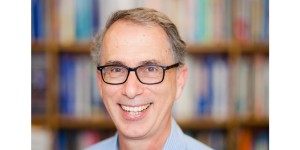 Professor David Karoly is the winner of the 2015 RSV Medal for Scientific Excellence in the Earth Sciences. An author of seven academic books, 13 book chapters and 73 refereed journal articles, his leading research publications have been cited more than 6,500 times since 2010 in first-tier, highly ranked, multidisciplinary journals such as Nature, Nature Geoscience, Nature Climate Change and Geophysical Research Letters. A pioneer of theoretical and numerical modelling studies on the propagation of large-scale, low-frequency waves in the atmosphere, his work has enabled colleagues to observe linkages between climate anomalies at large distances across the globe and is now fundamental to all studies on atmospheric dynamics.

Professor Karoly will be awarded the 2015 RSV Medal at a special ceremony preceding the delivery of this special lecture.

Professor Karoly has been a global leader in the development of the detection and attribution of global climate change. His pioneering work on fingerprint detection of climate change using the spatial patterns of temperature change in the troposphere and stratosphere has been crucial to the early identification of anthropogenic influence in observed climate change, along with the development of simple indices to help colleagues track and detect the influence of human activity on the climate system. Heavily involved in the assessment work of the Intergovernmental Panel on Climate Change (IPCC) as both Contributing and Lead Author, he shared in the award of the 2007 Nobel Peace Prize awarded jointly to the IPCC and Al Gore for “efforts to build up and disseminate greater knowledge about man-made climate change, and… lay the foundations for the measures that are needed to counteract such change.”

Join us to hear the perspective of a local hero and global leader in climate science on the vital importance of his discipline to informing crucial decision making across the globe.