Our era is distinguished as a period of rapid change, particularly in technology, materials science and engineering. Come join us over lunch as we hear from two giants of Australian engineering, reflecting on their careers as scientists applying their disciplinary expertise to academia and industry alike.

How was a career in engineering laid out before you in the 1960s? How did you find yourselves in positions of such influence and effectiveness? If you had a chance to start again, what would you do differently? How much has the game changed for a young engineer starting out today? We’ll be putting the questions to Ian and Max, and you can ask them a few of your own. 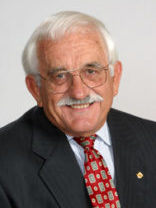 Max is recognised world-wide as an eminent expert in the fields of structural engineering, road and transport engineering, the history of engineering, and information technology.

One of his passions is the dissemination of information on roads and transport and, over the years, he has authored over 750 publications on a wide range of topics and has an entry in Encyclopaedia Britannica related to roads.

Max’s professional achievements were first recognised in 1961 when, at the very young age of 25 and having successfully completed his PhD thesis at Lehigh University in the USA, he was awarded the Monash Prize by the Institution of Engineers, Australia (IEAust) Victorian Division.

His early career development included positions with BHP, where he became an expert in the effects of welding on structural steel. In 1975 Max was appointed the Executive Director of the Australian Road Research Board, and over a thirteen–year period, provided the leadership to build the organisation into one of the world’s leading road and traffic research organisations. In 1988 he moved to VicRoads as Director of Quality and Technical Services, where he was responsible for the introduction of quality management into the state’s road authority as well as planning and design. In 1993 he was appointed Director Major Projects, a role with responsibility for major road developments in the state including the Eastern Freeway and the Western Ring Road.

Max joined consulting engineers SKM as the Independent Reviewer for the Melbourne City Link Project in 1996. This role had joint responsibilities to both the state and the City Link developer, Transurban, to provide advice and assurance on the design and construction of this iconic public infrastructure project.

Max was Director of the RACV and became Chairman in 1999. He is a past President of the Australian Automobile Association, and Chairman of Intelematics Australia Pty Ltd. He served as President of the Royal Society of Victoria in 1995. Dr Lay is a notable author and has been awarded many prizes, including the Engineers Australia’s Transport Medal and Monash Prize, the Warren Medal the and Mossief Medal of ASCE. In 2015 Max received IEAust’s Peter Nicol Russell Medal for his accomplishments in the welding of steel structures, the design and construction of highway infrastructure, and the maintenance of heritage roads. 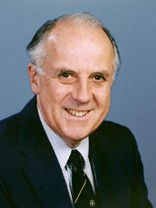 Ian began his engineering career at the University of Melbourne. Graduating with a Bachelor of Metallurgical Engineering in 1949, he then went on to gain a Master of Science (1956) and Doctor of Engineering (1965).

In between his studies, Ian gained industrial experience, working as a metallurgist in the paper industry as well as the automotive and electroplating industries. For two years from 1951, he worked as a research investigator at the Fulmer Research Institute in the UK. Returning to Melbourne in 1953, he took up a post in the Materials Division of the Aeronautical Research Laboratories, becoming Principal Research Scientist by 1967.

From 1967 Ian took on the role of the inaugural Chair of Materials Science in the Department of Civil Engineering at Monash University, which led to the establishment of the Department of Materials Engineering in 1970, which he led as Head of Department until 1986. Ian had a keen interest in international developments in teaching as well in courses in Materials Science and Materials Engineering. His research interests – which include precipitation hardening in aluminium alloys, development of high strength alloys for aircraft, metal fatigue and weldable light alloys – led to collaborations with laboratories and industries in Australia, Britain, Switzerland, USA and Germany. His work with the Department is considered a leading Australian transition within the engineering curriculum from the field of metallurgy to the field of materials science.

Ian took on the role of Deputy Vice-Chancellor at Monash University from 1987 to 1990, after which he pursued further research, consulting and other interests in the fields of materials engineering and energy. He served as a Councillor with the Royal Society of Victoria from 1997 to 2000.

Ian was awarded the IMMA (now AusIMM Minerals Institute) Silver Medal in 1988, and appointed an Officer of the Order of Australia in 1993 for services to materials science and engineering. In 2002 he became the second Australian elected as an Honorary Fellow of the British Institute for Materials, Minerals and Mining.

Energy Storage for a Sustainable Environment
Alzheimer’s Disease: Is the Brain Destroyed by the Pulse?