A Joint Presentation with the Geological Society of Australia (Victoria Division)

Victoria’s foundation rocks are largely formed from sediments deposited in the sea over a period of some 100 million years. But because these rock strata have been extensively folded and faulted, there is no obvious way of determining the ages of their exposures at particular locations. 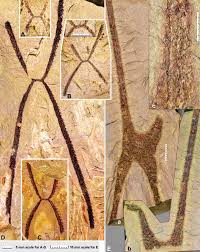 Since the earliest days of geological investigation, the primary method of determining these ages has been the analysis of fossils. In much of Victoria, the most critical fossils are no more than tiny marks on the rocks—the remains of extinct animals called graptolites. The name means “writing on stone,” and that is what many of them look like.

Join distinguished geologist Alfons VandenBerg, who will explain what these curious creatures were, and when and how they lived. Are they extinct, as was long believed? Given that we can’t access their DNA, how can we determine their relationships? Are they useful for geological mapping? How did they protect themselves? Fons will demonstrate a variety of these ‘marks’ magnified, displaying an amazing diversity of characteristics. Most importantly, it will show how a close examination reveals the remarkably rapid evolution of those characteristics, making them a key tool in unravelling the sequence of events that made the foundation rocks of eastern Australia. 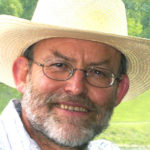 Alfons Henry Martin VandenBerg (Fons to all) was born in Eindhoven, southern Netherlands. He arrived in Melbourne in November 1960, learned English and completed his secondary education at night while working as a messenger boy and in an office by day. In 1963 he took a job with the Mines Department and started in the Core Laboratory. Here he won a fully-funded Public Service Scholarship which enabled him to study at Melbourne University where, in 1967, he completed a Bachelor of Science, majoring in Geology and Zoology.

On graduation, Fons tackled mapping roles with the Geological Survey of Victoria and the Melbourne and Metropolitan Board of Works, where his detailed work contributed significantly to to the understanding of the geology and palaeontology of the Melbourne “Trough” and the complex volcanic and structural history of Victoria. He is recognised as an expert stratigrapher, based on his developed understanding of the biostratigraphy of graptolites, fossils whose presence in Victoria was first recognised by pioneering geologist (and foundational RSV Councillor) Alfred Richard Selwyn. Fons was recognised by the Geological Society of Australia’s Victoria Division (GSAV) for his significant contribution to the understanding of Victorian geology with the award of the inaugural Selwyn Medal in 1996 and, through his work as a Research Associate with Museums Victoria, he continues to challenge our understanding about the formation and structures of our state.

In light of COVID-19 restrictions, this year’s Howitt Lecture will be conducted online, with the presentation professionally filmed and our speaker joining discussion with RSV and GSAV members via Zoom conference (invitations to register are sent via email from each organisation to its membership. Details are also available on the Society’s membership page). The presentation and Zoom conference will be livestreamed via the Society’s Facebook site – please tune in at the allotted time to join the meeting and add your questions and comments to proceedings.