The Earth’s environment is a gigantic chemical reactor – chemistry occurs constantly around all of us, fuelled by the sun during the day. Over the past century air pollution, including increasing amounts of greenhouse gas emissions, have become a major concern to society, impacting on humans, other animals, plants – and artwork.

The issues surrounding the conservation of cultural heritage in built environments are complex in their significance, and in their mechanisms. Unfortunately, unlike the conservation of cultural heritage that occupies the vast halls of galleries and museums, the discussion of ways to investigate and address these complexities are rarely held regarding public artworks, most of which are displayed outdoors and in the elements.

Join Uta Wille for a brief overview of fundamental principles of atmospheric chemistry and to receive results from recent work on the oxidative damage of biological molecules by environmental pollutants nitrogen dioxide and ozone. Using the conservation of the Keith Haring Mural in Collingwood Melbourne as a case study, Caroline Kyi will then examine how an appreciation of the cultural, social and art historical significance of the Mural and an understanding of the free radical-driven mechanisms of paint degradation are expected to combine in responding to the informed, long-term conservation of both the materiality and significance of a public art work. 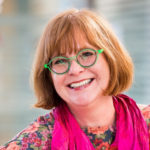 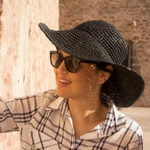 Dr Caroline Kyi is a specialist wall paintings conservator with over 20 years of local and international experience as a conservator and conservation scientist. Caroline has worked in the higher education, cultural and commercial sectors on moveable and immoveable cultural heritage. She trained as a conservator in London and has a PhD in chemistry (the application of free radical chemistry in the control of biodeterioration of cultural heritage). Her practical and technical skills in project management, materials analysis and research and development of conservation interventions have seen her working on wide range of significant local and international sites and objects, including the Keith Haring Mural in Collingwood for Creative Victoria and Collingwood Arts Precinct – recently awarded a Living Heritage grant for conservation works. Specific research interests include the bio-deterioration of cultural materials, the testing of materials for conservation applications and monitoring of cultural heritage as a measure in preventive conservation.

Detail of “Keith Haring en Pisa” by jandresg is licensed under CC BY-NC-SA 2.0

What are Fungi Doing for our Bushlands?
The 2019 RSV Research Medal Lecture & 160th Anniversary Dinner