Climate extremes are events such as heatwaves, extreme rainfall, cyclones and drought that affect humans, our natural environment and multiple socio-economic systems.

The evidence is now unambiguous that some climate extremes are responding to increased greenhouse gases in the atmosphere, yet how some other extremes are responding is proving more complex. Join Professor Andy Pitman to explore the evidence for how and why climate extremes are changing, and what we can anticipate about how they will change in the future. The limits to our current capability and how climate science is trying to address those limits via new approaches to modelling will be discussed. 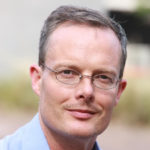 Professor Andrew Pitman AO is a Professor in climate science at the University of New South Wales. He is the Director of the ARC Centre of Excellence for Climate Extremes (CLEx), which brings together five Australian universities (including Monash University and the University of Melbourne) and a suite of international partner organisations to understand the behaviour of climate extremes and how they directly affect Australian natural and economic systems.

Andy has broad interests extending across climate modelling, climate change, climate extremes and land cover change. He has been a lead author on the Intergovernmental Panel on Climate Change and on the Copenhagen Diagnosis. He won the Priestley Medal in 2004, the AMOS Medal in 2009, the NSW Climate Scientist of the Year in 2010 and was elected Fellow of the American Meteorological Society in 2016 and is a Fellow of the Australian Meteorological and Oceanographic Society. He has served on multiple federal government reviews. He was awarded an Order of Australia (AO) in 2019.

Professor Pitman is the 2019 recipient of the Royal Society of Victoria’s Medal for Excellence in Scientific Research.