From Dump to Paradise: Saving the Eastern Barred Bandicoot from Extinction As of early 2021, around 100 endemic Australian species are listed as extinct by the federal government or the International Union for the Conservation of Nature – and that doesn’t count our invertebrates, which could bring the number closer to 1,000. With entire ecosystems at risk and Australia standing out as the continent with the highest rate of mammalian extinctions in the world since the colonisation by Europeans in 1788, there is much work to be done to save our species.

In 1988, the Eastern Barred Bandicoot Recovery Team was formed here in Victoria to respond to a continued population decline of the mainland population, sending this species dangerously close to extinction. One of the last places this bandicoot could be found in the wild was at the Hamilton tip; 33 years later, Eastern Barred Bandicoot populations now persist in several safe havens, including fenced sites and islands free of foxes, their biggest threat.

While much work remains to be done, the Eastern Barred Bandicoot is now well on the way to recovery, giving hope that, with persistence and dedication, government and non-government organisations working together, and effective community engagement, we can save these and other threatened species from extinction.

Join Threatened Species Biologist Dr Amy Coetsee, who will explore this long-term campaign to establish populations of the Eastern Barred Bandicoot in discrete locations across Victoria, and the important relationships that must be sustained with local communities to enable the success of this species’ recovery. 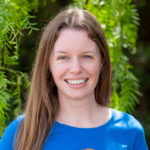 Dr Amy Coetsee is a Threatened Species Biologist at Zoos Victoria, fighting the extinction of some of Victoria’s most endangered species. Amy has a strong background in conservation, research, government policy and science communication. Amy currently leads several projects, specialising in Eastern Barred Bandicoot recovery, where she has more than 16 years of experience.

Amy is involved in all aspects of Eastern Barred Bandicoot conservation including planning, monitoring, research, threat mitigation and community engagement. In 2019, Amy was selected as an Australian Superstar of STEM and is a role model to many aspiring young scientists and conservation enthusiasts.

Dr Coetsee completed her PhD at the University of Melbourne on the reintroduction biology of Eastern Barred Bandicoots.

Let’s Torque Grand Final: Presentations, Judging and Prize Ceremony
CANCELLED – Electronic Skin: Sensing the World Around and Within Us