The bugs bite back: Bacterial resistance and superbugs 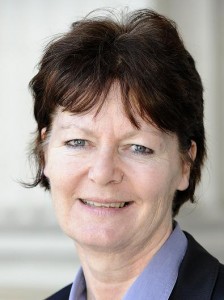 Since the 1940s, when penicillin was first mass produced, the world has enjoyed and increasingly taken for granted that infectious diseases, particularly bacterial diseases, can be easily treated.  Since that time, many effective new antibiotics have been discovered and produced and we have assumed that this will always be the case.  However, bacteria have evolved ways of becoming resistant to antibiotics.  This can occur through spontaneous mutations, which then confer a selective advantage to the bacterium, or through receiving genes from other bacteria already resistant to the agent.

Antibiotic resistant infections have been usually associated with complex care in specialised health care institutions.  However, in recent years we have seen an increase in community acquired resistant infections from chloroquine resistant malaria to golden staph and beyond.  The rise in international travel, and of medical tourism, means that organisms from the other side of the world can be introduced into Australia within hours.

The cause of this problem is most likely a combination of the overuse of antibiotics in the human population, often being used to treat illnesses which are actually viral in nature, and of their now common use in food-animal production systems.  This talk will focus on current steps being taken to address the issue directly, and additional ways forward which will require a co-ordinated response from governments, health care providers, food-animal production authorities and the general public.

For wider reading on this topic try this article and this website.