Gluten, wheat & coeliac disease: dissecting the facts from the fad 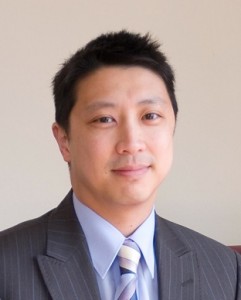 Once considered a curiosity in medicine, the growing epidemic of coeliac disease is now regarded as one of the most prevalent immune illnesses affecting humans around the world.  Dietary triggers for coeliac disease have been suspected for centuries, but it wasn’t until the mid 20th century that gluten was firmly identified as the causative agent which led to the treatment sufferers still employ today, a lifelong and strict gluten free diet.  However, under-diagnosis and general misconceptions still abound.  The ongoing promotion of the gluten free diet as a panacea for a multitude of symptoms and diseases has brought the gluten free lifestyle sharply into mainstream focus, no matter how blurred its critical role as a medical treatment for coeliac disease may be.

Head of Coeliac research at the Walter and Eliza Hall Institute, Dr Jason Tye-Din will contrast coeliac disease with gluten sensitivity, and discuss how his research has added to emerging genetic and immunological insights to progress our understanding of gluten from a poorly defined “injurious factor in wheat” to comprehensive characterisation at a molecular level.  He will provide our latest understanding of coeliac disease, why it might be happening, and the key issues encountered by patients, clinicians, and the food industry in Australia.

Dr Tye-Din will reveal how these new findings may hold the key for the development of novel applications, some of which have already entered clinical trials which, one day, could revolutionise diagnosis, treatment and even prevention of this common disease.