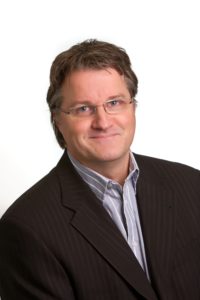 The Royal Society of Victoria is delighted to congratulate Professor Lloyd Hollenberg, this year’s winner of the prestigious RSV Medal for Excellence in Scientific Research, the highest award the Society bestows on research-active Victorian scientists. Currently the Deputy Director of the Centre for Quantum Computation and Communication Technology, Professor Hollenberg is a key figure leading the development of Australian-based quantum computer and quantum sensing technology. He is an integral part of the international effort to understand and apply this field of inquiry, one of the few scientists to have made important breakthroughs in both theoretical and experimental areas.

Reflecting on Professor Hollenberg’s nomination in this year’s category of “Physical Sciences,” the Society’s President Dr William Birch AM expressed high praise for Professor Hollenberg’s public promotion of science and outreach activities in particular. “Lloyd’s ground-breaking contributions to the complex area of designing and fabricating full-scale quantum computers are very impressive and he has an exemplary publication record. Ultimately, what really put him ahead of a very strong field of nominees this year was the vigour of his public advocacy and promotion of science through outreach activities and a commitment to science communication across the media.”

An ARC Laureate Fellow and the inaugural Thomas Baker Chair with the University of Melbourne’s School of Physics, Professor Lloyd Hollenberg has partnered, collaborated and influenced a very large community of practice in establishing Australia’s experimental programs and building up the successful Centre for Quantum Computation and Communication Technology.

“Lloyd has displayed outstanding leadership in science and is a true all-rounder. Not only has he contributed enormously to his field as a scientist, but he has also fostered a greater understanding of science through his public engagement with the community, while training and mentoring a high-achieving group of early career researchers,” said Dr Birch. “His many previous awards and honours have rightly celebrated the merits and impact of his research. ”

Professor Hollenberg will deliver the 2016 RSV Medallist Lecture on the evening of 8 December on the subject of Quantum Information Technology: From the Spooky World of Quantum Physics, and will be awarded the Medal by Dr Amanda Caples, Lead Scientist of Victoria.