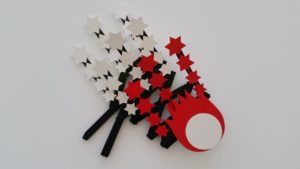 This article follows a presentation to the Royal Society of Victoria on 30 April, 2020 titled “From Wolfe Creek to Tunguska: Meteorites in Cultural Traditions” by Dr Tyson Yunkaporta, Indigenous Knowledges Senior Lecturer at Deakin University and Associate Professor Duane Hamacher, who delivers the Cultural Astronomy program with the School of Physics at the University of Melbourne.

The “falling stars” hold a significant place in the traditions of Indigenous cultures around the world. They are embedded into their orality – in story, song, dance, and material culture. 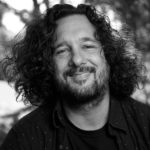 According to Dr Tyson Yunkaporta (pictured left), we live in a ‘Dynamic Universe – because of the diversity within it.’ Tyson belongs to the Apalech Clan in far north Queensland and is a senior lecturer in Indigenous Knowledges at Deakin University. Indigenous knowledge is a dialogue – it’s the yarns, carvings, songs, and dances that change depending on the relationship of the people who are sharing it, where they are, and where they are from. With so many cultures, stories, and points of view, stories of the sky change according to where you stand. ‘Truth is not an empirical thing, but an aggregate of stories and diversity.’

Aboriginal people knew that meteorites form craters before modern scientists did. Meteors, meteoroids and meteorites are space debris, describing the same object in different locations. Meteoroids are “space rocks” that range in size from a grain of sand to small asteroids (<10 m in diameter). When these enter the Earth’s atmosphere (or another planet’s), they become a meteor, burning up as they blast through the atmosphere at high speeds. On impact with the ground, it becomes a meteorite. 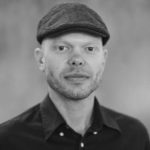 What Westerners call a meteor represents the eye of an evil spirit or death to many Aboriginal groups across northern Australia. Cultural astronomer A/Prof Duane Hamacher (pictured left) has felt privileged to learn how meteors and meteorites are incorporated into Indigenous knowledge systems by Aboriginal and Torres Strait Islander elders around Australia. In Arnhem Land, a shooting star is Namorrodor, a flying serpent and man-eater that hunts babies. In the eastern Torres Strait Islands, it is a Maier – the spirit of a deceased person, set alight on a journey to the Island of the Dead. Every property of the fireball tells something about the person: its brightness reflects how important they were in the community, its trajectory shows where they are from, and if it fragments into uier-uier, the person has left behind a large family. When the meteor explodes in the atmosphere and goes BOOM, that person has reached their destination (called “dum” in Meriam Mir).

The stars comprise a set of patterns and stories that reflect change in the landscape. “Both Sky and Earth camps are moving,” says Tyson. The Old Fellas used to tell him that if you don’t move with country, it will move you – that “sedentary settlements make Armageddons happen.” He spoke of the goanna story from the Baakindji Mob, which tells the story of when mobs and clans came together in one place tens of thousands of year ago. They lost their diversity, their different world views, their languages. Then the inevitable disaster came: a meteor strike killing most of the people, and it burned different patterns into goanna species to creating new diversity.

In Australia, there are about 30 confirmed impact craters. Some are thousands of years old and some are billions of years old. They can be simple craters that are smooth and bowl-shaped made from small impacts. Larger impacts form complex craters: they are more spread out and the centre of the earth rebounds, forming a central peak. These craters have been featured in Aboriginal traditions for thousands of years.

Around 4,200 years ago, a large nickel-iron meteor blazed across the Central Australian sky. It fragmented in the atmosphere before striking the ground 145 km south of Alice Springs on the border of two Countries (Arrernte and Luritja). When scientists first visited the site (at Henbury Station) in 1931, their Aboriginal guide would not approach it. His people were forbidden from going near the crater as it is where the fire-devil ran down from the sun and set the land ablaze, killing people, as punishment for not obeying their sacred laws. His people were also forbidden from collecting water that pooled in the craters following rain, as their feared that the fire-devil would fill it with red iron.

175 km west of Alice Springs, stands a ring-shaped mountain range called Tnorala, or Gosses Bluff to geologists (pictured above). Formed by an asteroid 142 million years ago, the central crater became a mountain range through differential erosion as the land around the impact crater dropped in height. Aunty Mavis Malbunka, the Traditional Custodian of Tnorala, explained to Duane its origins in Arrernte traditions. 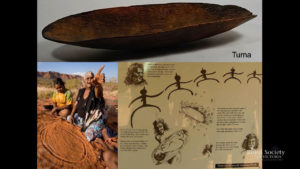 In the Dreaming, a group of women were dancing as stars in the Milky Way. One of the women placed her baby in in a wooden basket, a turna, when she grew tired of carrying it. As the women continued to dance, the turna fell and the baby plunged to into the earth, covered by the turna that fell on top, forming the circular mountain range. The baby’s mother and father, the evening star and morning star, continue to search for their baby to this day. The arch of stars that form the Corona Australis constellation reflect the fall of the turna out of the Milky Way. 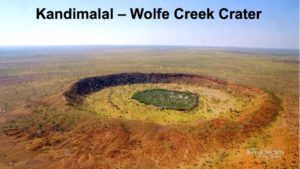 The Wolfe Creek Crater (Kandimalal in Djaru language), located in the Kimberley region on the edge of the Great Sandy Desert, is the second largest crater in the world from which fragments of a meteorite have been found. One story told by Djaru Elders describes one of the two rainbow snakes that formed the nearby Sturt and Wolfe Creeks emerging from the ground, forming the circular crater. Another story is that the evening star fell to the ground from the sky because it became so hot, causing an explosion.

Tyson has engraved many song lines into his boomerang, collecting stories as he travels. Over a decade ago, he was given tektites from a place along the Seven Sisters songline. The Dreamtime story of the Seven Sisters is widely distributed across many Aboriginal cultures and language groups, from the Central Desert to the west coast. Tyson added this tektite from a shooting star to his boomerang. Sometimes it is there, sometimes it is not and will eventually turn up loose among his belongs – it winks in and out of existence in cycles, constantly changing like everything else.

Aboriginal and Torres Strait Islander stories and songlines evolve. Knowledge is constantly growing. The role of sky events is deeply embedded in Indigenous Australian traditions. “Is there intelligent life in the Universe? Well, the Universe is intelligent life,” says Tyson, and he treasures the stories of both sky and land camps.

Our thanks to Tyson and Duane for a fantastic presentation and discussion! The online meeting with RSV members can be viewed online at https://www.facebook.com/royalsocietyvictoria/videos/1367164463469063/, and the YouTube presentations can be viewed below.

astronomyIndigenous scienceintercultural
Seeing the Smoke
Deciding the Future: How our actions and choices influence climate change

Hire the beautiful facilities in our historic building

Alternatively, you can take a virtual tour of the Society's Hall online thanks to our friends at Scann3d.