Will Quantum Computing Save the Planet?

One of the biggest consulting companies in the world asserts that “Quantum computing just might save the planet“. So, if you want to make sense of such a statement and discover why a major consultancy is so excited about quantum computers, read on. First, I will give you a shockingly short intro to quantum computers, and then we will look at why they are relevant to the environmental challenges we face.

It all comes down to how you represent information and what physical devices you use to process it. For example, the information in this text is represented using the alphabet. Still, you can also represent the same information using morse code. At the same time, the device you’re using to read this text utilises binary representation. The letter “A” will be mapped onto the binary code as 01000001, “B” as 01000010 etc. This is because classical computer chips employ transistors to process information. 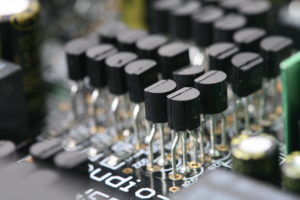 Transistors are nothing more than miniature electrical current switches. It means the physical mechanism used to process information is the simple act of switching on and off the currents in connections between transistors. Your computer is an interconnected network of billions of switches because, at any given time, each transistor can process either a single 0 (by being off) or a single 1 (by being on). 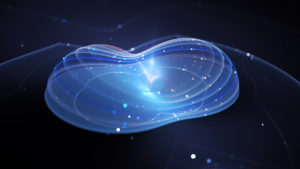 Quantum computers employ different electronic devices to process information, called qubits. Instead of switching the state of current from on to off, qubits process information by mapping it onto quantum states of matter. For example, qubits can use the spin state of a single electron (for those who remember their physics undergrad classes). Intuitively, each qubit can be in two states simultaneously, in the same way a guitar string can vibrate with multiple harmonics at the same time. It means that if a classical computer with N transistors can process some piece of information, a quantum computer with N qubits can, in principle, process 2^N pieces of the same information at once. Since N would ideally be a big number, the difference in performance has a chance to be colossal.

However, using different physical principles also means that quantum computers process information very differently from classical computers. Think of their use as analogous to that of a graphics card. Graphic cards can solve specific problems much better than standard CPUs (i.e. rendering graphics) but will struggle badly with other problems. Quantum processors are similar. They can solve some very specific problems exponentially faster than classical computers.

One class of the problems quantum computers can solve well are scientific in nature. Those are the problems highlighted the most in the article above. Issues concerning optimisation of catalytic processes, solar cells’ function, batteries, carbon sequestration, fertiliser production and other problems of exceptional relevance to climate change. Look below the surface, and you will notice that most of them are at the intersection of quantum mechanics and chemical engineering or material science.

It should come as no surprise that quantum computers are inherently good at solving problems in quantum mechanics. It’s their native problem set. So, it turns out that precisely the types of technological issues critical to climate change and power generation are among the first to benefit from quantum computers as their power increases.

Therefore, we can now legitimately say that quantum computers could save the planet. The remaining question is can they do it in time?

Well, the technological development and transition to the next generation of green technologies are happening on a multidecadal scale. On the other hand, big businesses and consultancies are interested in quantum computing because of the progression that occurred over the past decade. In that period, quantum technology has expanded beyond academic research and is taking a similar trajectory to semiconductors in the 60s and even early 70s. The timeframe tells that we will likely see a trickle of the first practical solutions by the decade’s end. Those initial solutions will be very humble and specific, yet still better than what we would get from classical computers.

So, what can we conclude? Is the answer to our ambitious title yes, or no?

Dr Viktor Perunicic MRSV is an expert in quantum technology, a Staff Engineer at Q-CTRL, and formerly a researcher with the ARC Centre of Excellence for Quantum Computation and Communication Technology at the University of Melbourne. He has been a Councillor of the Royal Society of Victoria since 2016.