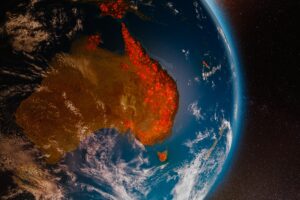 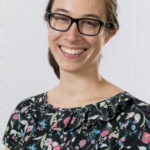 This article follows the online presentations given on 20 August 2020 via The Royal Society of Victoria Facebook page. The online event, titled “Our Resilient Future: Water, Agriculture & Biodiversity”, was part of National Science Week 2020.

Extreme events are becoming more devastating and more frequent. Communities, economies and ecosystems have increasingly less time to bounce back between them. How do we build resilience for the future? 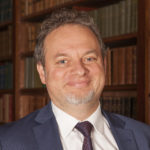 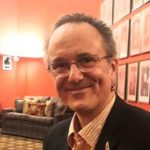 This summer’s devastating bushfires and the disruption of the COVID-19 pandemic have given Australians an alarming insight to the sustained uncertainty we will be facing under a rapidly changing climate. Mike Flattley (Royal Society of Victoria) and Anthony Boxshall (Science Into Action) invited a number of speakers to discuss how we can build resilience into our planning strategies for water, agriculture and biodiversity. 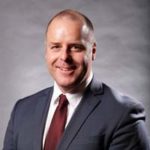 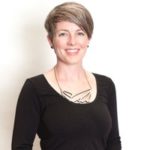 The Goulburn Murray Region faces a lower water future. Less available water would impact on agriculture, the main driver of the region’s economy. ‘We can either drift along…or do things to shape our trajectory,’ says Claire. Claire described the iceberg model: we often deal with the shocks and events on the surface as they arise, however, to truly adapt, we need to work harder over longer periods. Stakeholders and community members in the Goulburn Murray Region decided to dive below the surface of the water and put in the hard yards to address the systemic structure. When government and leaders chose and invest in the wrong future outcomes, it brings the community back to square one – at best. Led by David, the Goulburn Murray Resilience Strategy was formed to ensure the region copes with future challenges better and takes advantage of the changes they bring. 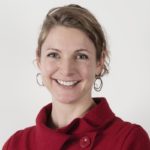 ‘Climate change adaptation is a complex undertaking’, says Lauren. It needs to simultaneously address existing systemic problems and vulnerability while also coping with the ever-changing present and preparations for the future. Our problem-solving habits usually force us to be reductionists, breaking down components to address individually. Climate change impacts, however, are an intersection of dynamic factors. Lauren believes that it is our previous neglect of systemic relationships between water, soil, biodiversity and ecosystems that has made it difficult to catch up with climate change. The Intergovernmental Panel on Climate Change (IPCC) has started to consider “cascading” impacts. Presenting the summer of 2015-16 in Tasmania as a case study in an IPCC report, Lauren warns that climate change is increasingly exacerbating extreme events and causing multiple hazards. Tasmania endured drought, power outages, and lightning storms that caused terrible fires – cascading one event after the other. Lauren encourages us to be more open-minded and systems-minded in our future planning and damage control. 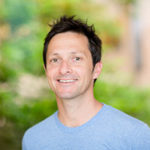 We are in the midst of an extinction crisis. Australia is home to more species than any other developed country, most of which are found nowhere else in the world. But we have a poor track record in protecting them. We have lost 110 species since settlement and 1800 more are at high risk of extinction. The Threatened Species Recovery Hub researches and implements a number of methods to conserve threatened habitats and species. Brendan specialises in modelling uncertainty in environmental decisions. With limited resources, conservation scientists have to ‘hedge their bets’ for given outcomes and decide which conservation programs to implement for maximum impact and cost-effectiveness. By embracing uncertainty and predicting outcomes of conservation programs, the Threatened Species Recovery Hub can make informed choices about habitat and population management.

Preparing for the Transition of the Water Sector 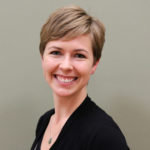 There are multiple pressures on our water resources, including population growth, water scarcity and pollution. More frequent and extreme weather events add further pressure to water-related infrastructure. Over five years, research from the CRC for Water Sensitive Cities has focused on answering one question: how do we drive change and accelerate the transition to water sensitive cities? Briony’s team works with private and public stakeholders and local communities to work towards creating water sensitive cities across Australia, meaning cities that have water security, and therefore ecological and economic prosperity. Highlighting Bendigo as a case study, Briony showed that a water sensitive city is achievable by empowering local communities to make change and become more conscious of their decisions and water usage. With a commitment to collaboration and innovation as well as guidance from the CRC, it becomes possible to make a water sensitive city more than just a vision. 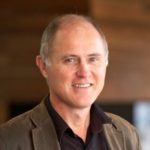 ‘Agriculture is already on the move,’ says Richard. With a 1.8°C rise in temperature and reduction in rainfall, Australian farmers are having to adapt, and even physically relocate. Farmers have adopted mixed farming systems with rotating crops to make the most of the weather all year round, and some have relocated further south. Climate change is also prompting a major shift in how and what fruits can be grown: winters are becoming too mild and summers too harsh. Dairy farms have also moved towards more strategic water irrigation and containment of cattle to avoid heat stress. The current research and development framework in the agriculture sector does not facilitate adaptation and is focused on making incremental changes. Richard hopes to see more transformational and radical thinking driving the changes that will set the sector up for coping with the climate in 2050 and extreme weather events. 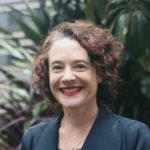 Sarah looks to nature-based solutions to build cities resilient to future climate stresses. Biodiversity and nature are often considered constraints when it comes to urban development and we tend to clear natural spaces away in favour of buildings. But ‘the future resilience of communities may critically depend on the re-conceptualisation of nature’, says Sarah. Urban forests and rooftop gardens can lower temperatures and slow storm water; mangroves and wetlands are used as solutions to storm surge; and fire-resistant vegetation is planted strategically to minimise damage. The agricultural sector is also moving towards regenerative farming that enhances biodiversity to ensure better food production and security. Sarah urges us to reframe the way we think about nature. ‘Nature is an opportunity.’

It may seem difficult to plan for the unknown, but there are success stories we can learn and build from. The speakers propose that we cannot plan for an uncertain future if we are not prepared to take a systems perspective and focus on resilience, which was a common thread throughout the talks. One thing is clear: policy, operational, regulatory, investment, management and other decisions will be made under increasingly ambiguous conditions, and integration will be needed across all sectors and levels of our society to set us on a preferred climate path and prepare us for the outcomes we can no longer avoid. Our thanks to all our speakers for their presentations and the mammoth two-hour discussion with community members online! Greatly appreciated. At the end of proceedings, all participants were surveyed to judge which actions were considered the highest priority, and the ease with which they might be implemented. The results are charted on the graph to the right (click to enlarge), and inform a larger report by the Royal Society of Victoria to government partners following this year’s Future Thinking Forum. Our gratitude is extended to all who participated.