Hail to the Meteorologists

This article follows a lecture presented to the Royal Society of Victoria by Dr Joshua Soderholm titled “Rain, Hail or Shine: The Secrets of Severe Weather” on Thursday, 14th of February 2019.

Hail can be beautiful as it taps your window pane, but once it starts battering down on your roof, it becomes powerful and catastrophic. It buckets down in variety of shapes and sizes that can wreak havoc to vehicles, houses, and crops, causing damages that cost the Australian economy hundreds of millions every year. Despite the devastation that hail can cause, little has been known about Australian hailstorms until relatively recently. 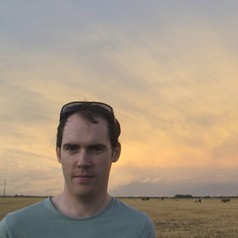 Dr Joshua Soderholm has always been intrigued by storms. As a boy, he would sit by a window in his house during the summer to watch storms approaching, and often watched them pass by, missing the house. He began asking why the brunt of the weather often didn’t reach his house, and continued to question the weather. He wanted to better understand Queensland’s hailstorms as a PhD candidate, and is now developing research-grade hail algorithms as an observational meteorologist and Research Fellow with the Bureau of Meteorology and Monash University’s School of Earth, Atmosphere and Environment.

When he was young, Dr Soderholm couldn’t predict exactly where the storm would hit as he watched from his window, and to this day there remain many challenges in observing and forecasting hailstorms. Hailstorm events account for greater than 30% of losses from ‘catastrophic’ events, and the ten largest hailstorms in Australia caused more than 17 billion dollars’ worth of losses as it can be detrimental to agriculture, private property, and commercial businesses. Our current warning systems rely on surveillance and efficient communication, financial insurance, and a response strategy, but we still have poor ability to forecast large hailstorms or predict the size of hail stones with current radar technology.

To understand hailstorms, meteorologists first need to understand how they are created. Hail forms inside thunderstorm updrafts, currents of rising air within clouds that can drop to –60 °C at the highest point. As water droplets are swept upwards in the updrafts, they become super-cooled (colder than 0°C but remaining in liquid state). If the super-cooled water droplets come into contact with particles in the air (e.g. dust), they snap-freeze into small ice balls called ‘hail embryos’. The hail embryos then continue to grow and develop into hailstones as they collide with other super-cooled water droplets, and once they become heavy enough, they begin to fall as gravity pulls them downwards. These hailstones range in size from 5 mm across to several centimetres long. When hail is larger than 5 cm, it is considered ‘giant’ and large enough to crack roofing tiles. The largest hailstone ever recorded was 875 g in weight, collected after it fell in Vivian, South Dakota (and it had already started to melt before it was measured!). It is the extremes of the physical processes (e.g. velocity, moisture flux, etc.) that create such diversity in hail, making it difficult to forecast, model, and predict the damage any given hailstorm might cause.

Our current knowledge of hail stems from in situ (direct) observations of hail or remote sensing with weather radars. Most in situ data comes from a single source: a 1949, T-28 Trojan aircraft that was modified by the South Dakota School of Mines and Technology for the purpose of penetrating storms, but it has since been decommissioned. ‘Hail pads’ made of polystyrene boards covered in aluminium foil are also laid out on the ground to observe dents in the pad produced by falling hail, however these only cover small areas and hailstones melt in their trajectory to the ground, resulting in an underestimation of size. Another source of data stems from citizen science; photos sent in by the public. Dr Soderholm established a phone app, WeatherX, with his colleagues at Monash University and the Australian Bureau of Meteorology, allowing people from around Australia to contribute. Because hail pads and weather stations are sparsely located, photos and reports from the public on the severity, location and timing of hail help to fill in the gaps and contribute to a better understanding of the phenomenon.

In addition to observational data, single polarisation radars detect the scattering of polarised radar beams as they pass through precipitation, scanning the air for hail particles. The single beam can create confusion by detecting fewer large hailstones than many small ones; however, more recent “dual-polarisation” techniques use two simultaneous beams aligned horizontally and vertically, to improve confidence in detection.

Using these methods, Dr Soderholm worked on the RELÁMPAGO (‘flash of lightning’) project late last year in Argentina, home to the most extreme thunderstorms in the world. He and a team consisting of investigators from the US and South America moved around the country based on the forecast – sometimes with only a couple of days’ warning when a storm was coming. In each location, the team set up hail pads and weather radars over several kilometres. Sometimes they’d get lucky, when other times, like in Dr Soderholm’s childhood, the storms would pass just out of reach. On the 26th of November, they set up radars along a road in San Rafael, where a storm hit and left 3-4 cm cover of hailstones on the ground. The hailstones completely stripped the aluminium foil off their hail pads – to an extent that they had never seen before. Interestingly, over the course of the ten kilometres that they observed, the characteristics of the hailstones dramatically changed – even from one side of the road to the other. There could be one field that was completely white, following dense, small hail fall, while the other side of the road only had a sparse scattering of larger stones, 5-6 cm big. In his four weeks in Argentina, Dr Soderholm recorded data from three storms, working towards a better understanding of extreme weather.

The ability of meteorologists to forecast and model hail is improving, but they still face many challenges – it is, in fact, more difficult to predict hailstorms than cyclones. Dr Soderholm is working to improve current algorithms and weather radar technology to better understand storms, and hail reports and photos supplied by you, as citizen scientists, will also greatly support research into creating the next generation of hailstorm warning systems. Together we can protect ourselves from the downpour!

Our thanks to Catriona for the write-up, and to Joshua for his wonderful presentation. Footage from the live stream of Joshua’s talk is available below; we endeavour to film many of our talks, and recommend you follow us on Facebook to access future live streaming events: https://www.facebook.com/royalsocietyvictoria/