The Gondwanan Floras of the Antarctic Fossil Record

There were once Eucalypts in South America and New Zealand, and South American conifers in Australia. What’s the link? 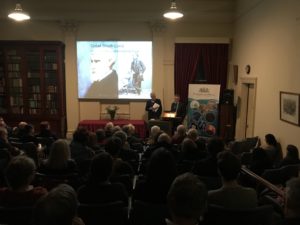 Professor David Cantrill’s interest in the biological sciences was piqued as a child, spending his holidays immersed in nature as he explored the bush on his grandfather’s property. While later pursuing a Bachelor of Science at the University of Melbourne, a geologist suggested he take on some geology subjects, given that he had already completed his biology units. Professor Cantrill heeded this advice, and has ‘stuck with geology’ ever since. Professor Cantrill is now the Executive Director of Science at the Royal Botanic Gardens Victoria and Chair of the Geological Society of Australia, Victoria Division.

Professor Cantrill described his travels in Antarctica – one of the most inhospitable terrestrial environments on Earth – and the crucial importance of its fossil record. The story begins with Joseph Dalton Hooker, a naturalist on the James Clark Ross Antarctic expedition (1839-1843), who was tasked with collecting zoological and geological specimens. During this time, he made plant collections and identified plant species in Antarctica, Australia, New Zealand, and archipelagos in the South Atlantic Ocean. In doing so, he developed a good understanding of the flora and their distribution in these parts of the world, noting similarities between species found in separated regions of the Southern Hemisphere. His work led him to formulate the theory that there was “once more extensive flora, which has been broken up by geological and climatic causes” (1853). 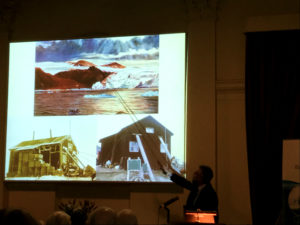 The Earth’s crust is a dynamic and volatile environment, comprised of tectonic plates in constant – and often sudden – movement. The movement of these plates shifts the planet’s landmasses, like a street-corner magician moving cups around a table with a ball hidden underneath, creating a mosaic-like arrangement of terrestrial continents. At times throughout the Earth’s geological history these continents have been relatively disparate, as they are now, while at other times there have only been one or two vast super-continents. During these periods, ecosystems were shared across future continents, and the movements of terrestrial flora and fauna were unrestricted by the oceans.

For hundreds of millions of years Africa, South America, Australia, Antarctica, the Indian subcontinent, and the Arabian Peninsula comprised the supercontinent Gondwana. The landmass had roughly spanned from the equator to the South Pole, and finally fractured into the more familiar continents of our modern era 180 million years ago (mya).

Once at the heart of the Gondwana supercontinent, it is unsurprising that Antarctica holds information on plant species that were once common throughout the Southern Hemisphere. First travelling to Antarctica in the summer of 1991-92, Professor Cantrill has since returned eight times to collect data, sometimes spending up to five months at a time out in the field away from shelter and wildlife. Today, the growth and variety of flora in Antarctica is limited, due to the sheer amount of ice cover and inhospitable conditions; however, Professor Cantrill has dug deeper into the past to uncover the southernmost continent’s fossil record, revealing a flourishing environment millions of years ago that supported diverse plant life. 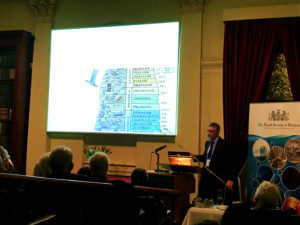 The Permian Gondwanan flora fossils are 254 million years old and are found scattered across southern landmasses. These flora fossils extend the entire length of the Transantarctic Mountains, and can also be found in the Antarctic Peninsula and Prince Charles Mountains. Some of the earliest fossilised floras recovered were found with the bodies of the explorers on the ill-fated Terra Nova Expedition (1910-13). The samples were identified as Glossopteris, a now-extinct genus of seed plant that once covered Gondwana. This genus and its entire plant group was replaced during the Triassic Era by other ferns (e.g. genus Dicroidium) and thick-leaved conifers due to the environment becoming warmer and more arid. 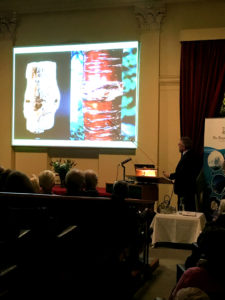 By the Cretaceous Period (120 mya), the supercontinent had started to break up, and Antarctica flora began to form distinct geographical groups: trisaccate pollen (also seen in India and Australia), elaterate pollen (found in African and South America), and transitional which showed elements of both. Given that almost all of our knowledge of Antarctic Cretaceous and Cenozoic floras is limited to the tip of the Antarctic Peninsula, it is difficult to obtain a complete understanding about the ecosystems and environments that emerged during the Cenozoic Era (66 mya to the present day) from Antarctic samples alone.

Some information can be gathered from the great archives of explorers, such as those of the Swedish South Polar Expedition led by Otto Nordenskjöld, who were stranded on Snow Hill Island for a year. Paintings and sketches over the last two centuries when compared to the present-day landscape can reveal slow changes that have occurred over time, such as the disappearance of glaciers, however are not enough to complete the picture. Professor Cantrill’s solution is to visit the icy continent’s former neighbours, which, having all previously shared terrestrial ecosystems, lend insight into what previously existed. He has travelled to the Antarctic, South Africa, New Zealand, and other areas of the southwest Pacific to build a picture of the biodiversity patterns in this part of the globe during the Cenozoic Era.

He found that the landscape of the Southern Hemisphere was quite different to how it looks today. During the Eocene (56-33.9 mya), tropical flora extended throughout Australia into Tasmania and parts of the Antarctic. Gymnostoma trees, which are now mostly confined to Queensland and forests in the western Pacific Ocean (e.g. New Caledonia), were once in South America – as evidenced by fossils found there with identical characteristics. Similarly, Dacrycarpus conifer fossils in South America are evidence of a group that today is found living in New Zealand, New Guinea and other islands of the western Pacific Ocean. 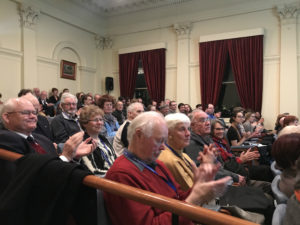 Professor Cantrill’s journey has followed the divergent evolution of the climates caused by continental drifting that gave rise to the different floras across the Southern Hemisphere. He collects fossils himself, examines collections of famous explorers, such as Hooker and Nordenskjöld, and develops a picture of the evolution of Southern Hemisphere floras, and in particular, the role that Antarctica has played over time.