This article follows a presentation on 5th May 2021 as part of the Midsumma Festival Queers in Science Lecture Series delivered by Associate Professor Bob Wong (Monash University) and Guy Ritani (PermaQueer). This series was supported by Queers in Science, Museums Victoria, the Royal Society of Victoria and the Inspiring Victoria Program. 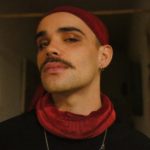 Guy Ritani, Director of PermaQueer, is interested in exploring how culture relates to the environment and people around them. They strive for the harmonious integration of landscapes with people through permaculture and promoting natural flourishing ecosystems.

Core to ecology is patterns. According to Guy, only a handful of forms exist and we can learn to recognise these repeating patterns. Once we can recognise and identify these patterns, we have an ability to predict how ecosystems change, respond, and thrive. One is example is the “true to type” pattern: that an organism replicates its role in an ecosystem over time, providing stability and consistent environmental provisions for others (e.g. vegetation that grows consistently year after year, providing food for animals).

Another pattern is “ecological succession”, which is how an ecosystem is born and grows. Starting from nothing, wind brings in airborne seeds to grow small grass species. As they grow and die, they contribute biomass to the soil, bringing in microorganisms and water, and nutrients start to cycle through. With more plants, insects and birds come from neighbouring ecosystems, carrying more seeds. As succession occurs, the ecosystem builds and grows more complex with greater diversity and more, larger organisms.

As a custodian species of these ecosystems, Guy believes that we have become disconnected from what our responsibilities are.

‘There was a time where we were able to live in harmony with the environment, but for whatever reason, we’ve pushed over the threshold,’ says Guy.

Traditional ecological knowledge is not simply one thing, given that we all come from diverse backgrounds. Yet some cultural conventions are ecologically coded forms of relating with each other and nature: for example, the breath Guy shares with others as part of a Māori greeting, smoking and cleansing ceremonies, and cultural adornments made from things in nature. Even analogue watches that many people wear contain crystal quartz as the oscillator, using ‘memory locked into the stone to tick time’.

Guy encourages us to consider what our ancestral lines are. How did they live in harmony and how can we bring that into our lives now?

They don’t ever feel alone because they are ‘pushed forwards by the winds of [their] ancestors and pulled on the tides of [their] descendants’. ‘No one and nothing can take that away from me,’ they say. 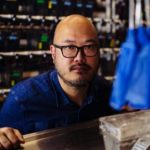 As we reflect on our role to play within the ecosystem, Associate Professor Bob Wong asks us to pay more attention to our waste that feeds into it: especially pharmacological waste. Waste from prescription drugs is literally medicating our waterways as most slips through the wastewater treatment process… and this is impacting the reproductive success of other animals.

Human waste impacting the reproductive success of other animals has occurred for years. Last decade, ecologists on a field trip in WA found golden brown beer bottles strewn across the ground – with which Australian jewel beetles males were attempting to mate. The similarity of these “empties” to the female Australia jewel beetle is striking in both colour and texture. Because they are larger, they were a ‘supernormal, sexy stimuli’ for the males. Not only did this mean that males were confused and not successfully mating as they were being thrown off by bottles, but they were also more vulnerable to predators in the time that they desperately clung on to bottles. While this story has a happy ending with Australian breweries changing their bottle design, the emerging concern of pharmacological waste is having a widespread impact. It is now ubiquitous in the environment, and many drugs have long half-lives. These persist even in the most remote places on the planet, including Antarctica.

A large issue with pharmaceuticals is that the receptors on our cells that drugs are designed to target tend to be evolutionarily conserved among different animal groups. Medicines that are developed for humans therefore can also have the same or a similar effect on other non-target species. However, only a fraction of the dose used for humans results in an effect in smaller animals.

Bob’s research into this area began 15 years ago when he saw declining biodiversity in the streams of Mexico. He observed female sawtail fish that were struggling to seek males of their own species and instead mating with the wrong species. This sparked his interest in endocrine disrupters, chemicals that perturb the delicate balance of sex hormones. The contraceptive pill is a permeating example that has been found to cause sex changes or feminisation of males in fish, turtle, alligators and frog species, and has also altered the songs and brain structure of some birds.

One particularly pervasive drug is the powerful steroid trenbolone. It is used by body builders and is fed to Australian cattle as a growth promoter with 50 times the potency of testosterone. Due to its extensive use for livestock, it enters the environment where it lingers with a half-life of 270 days. Bob studies its impact on guppy fish, which reproduce either by females choosing a mate (usually based on their spots that are reflective of superior genetic quality), or by sneak copulation by males that bypasses female choice. Exposure of guppy fish to trenbolone for 3-4 weeks made males bulk up and become more aggressive, increasing sneak copulation over courting, while females because less interested and discerning in their choice. The result for the species is a deviation from typical evolutionary processes and a likely reduction in their genetic diversity

But it is not all bad news. As an example of where our waste isn’t entirely negative, in Mexico, some birds are incorporating cigarette butt fibres into their nests which aids fledgling success as the chemicals inhibit the growth of nest parasites.

‘No species exists as a vacuum,’ says Bob. Reproduction is essential for the survival of animals and maintenance of biodiversity, yet it is easily disturbed by humans. Our actions, especially our discarded waste, have large ecological consequences. Think about how you treat (or don’t “treat”) our waterways.