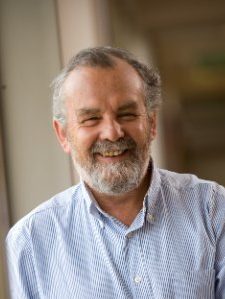 Professor David Walker is a physiologist with a long interest in fetal and neonatal development. His research has become centred on perinatal brain damage and the causes of cerebral palsy.

Previously situated with the Hudson Institute and now working with RMIT’s School of Health and Biomedical Sciences, David’s major research questions are around the basic chemical energy system employed by all body cells. Adenosine triphosphate (ATP) is an essential metabolite found inside every cell, and provides its energy source. Creatine is the precursor substance for maintaining the ATP in cells, and is either synthesized in the body or obtained from the diet. The finding that creatine had beneficial effects in the brain of adults recovering from stroke has led David to investigate its potential for preventing brain damage and preserving mitochondrial function in the developing fetus and newborn.

David is committed to the important role the Royal Society of Victoria must continue to play in supporting science, and explaining the importance of science to the general public. This is becoming an ever-more important and difficult task as technology makes further inroads into everybody’s day-to-day life, and with media – especially social media – being used to quickly and all-too briefly summarise complicated issues. There is an increasing need for forums where technically complex issues can be discussed quietly and openly, and the RSV is one of the few places that can now offer this to the community as a whole.