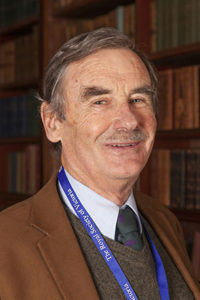 Dr Peter Baines spent thirty years as a Research Scientist at CSIRO Atmospheric Research, reaching the rank of Chief Research Scientist, in the areas of dynamical meteorology and oceanography. He currently holds an honorary position as Senior Fellow in the Department of Infrastructure Engineering at the University of Melbourne, engaged in research in aspects of climate, stratified flow dynamics and dynamics of volcanic plumes. Peter has earlier served as an RSV Councillor from 1999 – 2004 and is committed to its continued progress through effective administration, the promotion of science and sound financial management in delivering prizes, lectures and building improvements.

Peter’s current term on Council began in 2016 and he was elected Honorary Secretary in 2017. He is also the current Chair of the Royal Society of Victoria’s Policy and Communications Committee.